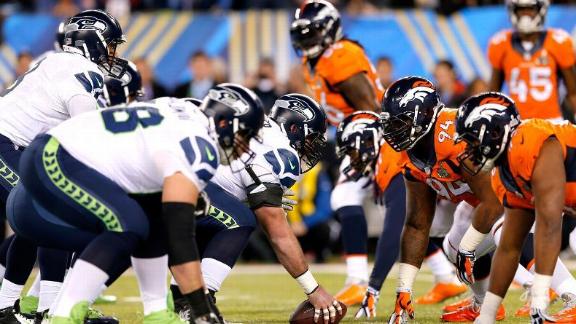 ATLANTA -- NFL team owners have tabled discussions about an expanded playoff system until the fall after the topic was discussed during the spring meetings Tuesday, Cowboys executive vice president Stephen Jones told ESPN.com.

Commissioner Roger Goodell said at his news conference later Tuesday that the playoffs will not be expanded in 2014. He does expect expansion to happen in 2015, however.

Under consideration is expanding the playoff format from 12 teams to 14 teams. The owners, however, never indicated a vote would take place at the meeting.

More than anything, a handful of owners wanted to take a wait-and-see approach as they discussed details such as revenues, format and even workers' compensation concerns recently brought up by the NFLPA in reaction to legislation in Louisiana.

"This is something that I've had numerous conversations with DeMaurice about,'' Goodell said. "I just spoke to him about it two weeks ago. And I think there are a lot of benefits to the players. That's something they'll have to evaluate. But they're our partners. And I've said on many occasions before, we're going to continue dialogue with all our partners to make sure that it can be done the right way.

"I do believe there's some real benefits to the players. The revenue, obviously, will increase. And they share in that. And they get a larger percentage of that.''

Goodell said Smith did not raise the question of workers' compensation when they spoke two weeks ago.

The NFL's fall meetings are scheduled for Oct. 7-8 in Detroit. For a playoff expansion change to become official, 24 of the 32 owners would have to vote in favor of it.

Giants owner John Mara repeated his opposition to expansion but conceded it is likely to happen.

The NFL last expanded the playoffs in 1990, adding a sixth qualifier in each conference.

The Steelers' Art Rooney seemed open to the idea when asked Monday night about expanded playoffs.

"I think it's worth some discussion,'' Rooney said. "I'm not opposed to it. It just depends on what all goes into the package with it: the schedule, the seeding arrangements, all those kinds of things. I don't want to see us change things too drastically. But I think it's fair game for discussion.''