CHARLOTTE, N.C. -- Referee Ed Hochuli could be subject to discipline if it is proved that he told Carolina Panthers quarterback Cam Newton he "wasn't old enough"to get a call in Sunday's 27-22 victory over the New Orleans Saints.

"We would do an investigation, see if anybody was miked in the area, and we've had situations in the past where an official said something inappropriate to a player and we've disciplined them," NFL vice president of officiating Dean Blandino told the NFL Network on Monday. "So there is a process in place, and we would have to go through that process to see if we could pick up what was actually said."

Blandino said he spoke with Hochuli and that the referee was "adamant" that he did not make that comment.

"He told me that he said, 'The difference is you were running,'" Blandino said. "I think when you look at the tape it does look like Ed did say that ... at one point. You can't see everything that Ed says, but he's adamant he didn't say it, and I think that's where we are right now and we're just going to kind of move on from there."

Newton, 26, thought a penalty could have been called early in the fourth quarter when he was hit hard near the out-of-bounds marker by defensive tackle Tyeler Davison after throwing an incomplete pass.

When the two-time Pro Bowler asked Hochuli about the call, Newton said he was told, "You're not old enough to get that call."

"I looked at him like: 'Jesus! I didn't think you had to have seniority to get a personal foul or anything like that,'" Newton said.

The NFL referees' union on Monday defended Hochuli, with executive director Jim Quirk saying in a statement that Newton's claims were "Not true. Not even close to being true."

"Ed is recognized as one of our top notch game officials who hasn't gotten to where he is by anything other than being a complete and dedicated professional," Quirk added.

Blandino supported Hochuli's decision not to throw a flag on the play.

The Panthers were penalized for a late hit on 34-year-old Saints quarterback Luke McCown earlier in the game, but McCown was inside the pocket. That McCown got the call and Newton didn't added to Newton's confusion.

"It's one thing to be frustrated in a situation where you see a personal foul on the opposing quarterback get called," Newton said. "And then for me, when it's something around that same range and for that flag not to be called, I'm ticked off, really."

Newton capped the drive with a 13-yard touchdown run to go with two passing touchdowns. But he still was upset about the hit.

"If he would have said he missed the call, that is one thing," Newton said. "But for his response to be what it was and I'm not old enough to get that call ... Geez!

"So heaven forbid he gets any rookies or they're gonna have a long day, man."

Blandino understands there is a perception that veterans such as Tom Brady and Peyton Manning get more calls than others, but he doesn't see that.

"That's not what we teach," Blandino said. "We don't teach who the player is. It's what's the posture is and was it a violation. I know there is a perception out there, but that's not certainly the direction that we're giving our officials."

But if Hochuli is found to have said what Newton claimed, discipline could follow.

"Any official could be disciplined if they say something inappropriate, and we do not teach that the number of years a player is in the league is going to determine whether a foul is called," Blandino said. "It's the posture that he's in and was there a violation.

"So saying something to that effect is certainly something that is not appropriate. Again, Ed is adamant that he didn't say it, and that's where we are."

Panthers coach Ron Rivera said Monday he was not interested in discussing Newton's comments and the no-call.

"I've heard them,'' Rivera said. "It was addressed by him yesterday and the league has addressed them, so we're going to leave it at that and move forward."

Rivera has suggested in the past that Newton, 6-foot-5 and 245 pounds, may not get calls other quarterbacks get because of his unique size.

"I'm not going to address what was specifically was said,'' Rivera reiterated. "But certain situations, certain circumstances for a guy, the perception, the way it looks, could be different.''

Newton 'ticked off' over referee's comments
Panthers quarterback Cam Newton addresses the media regarding referee Ed Hoculi's decision not to call a personal foul in Newton's favor because Hochuli felt the QB wasn't old enough to get the foul call. 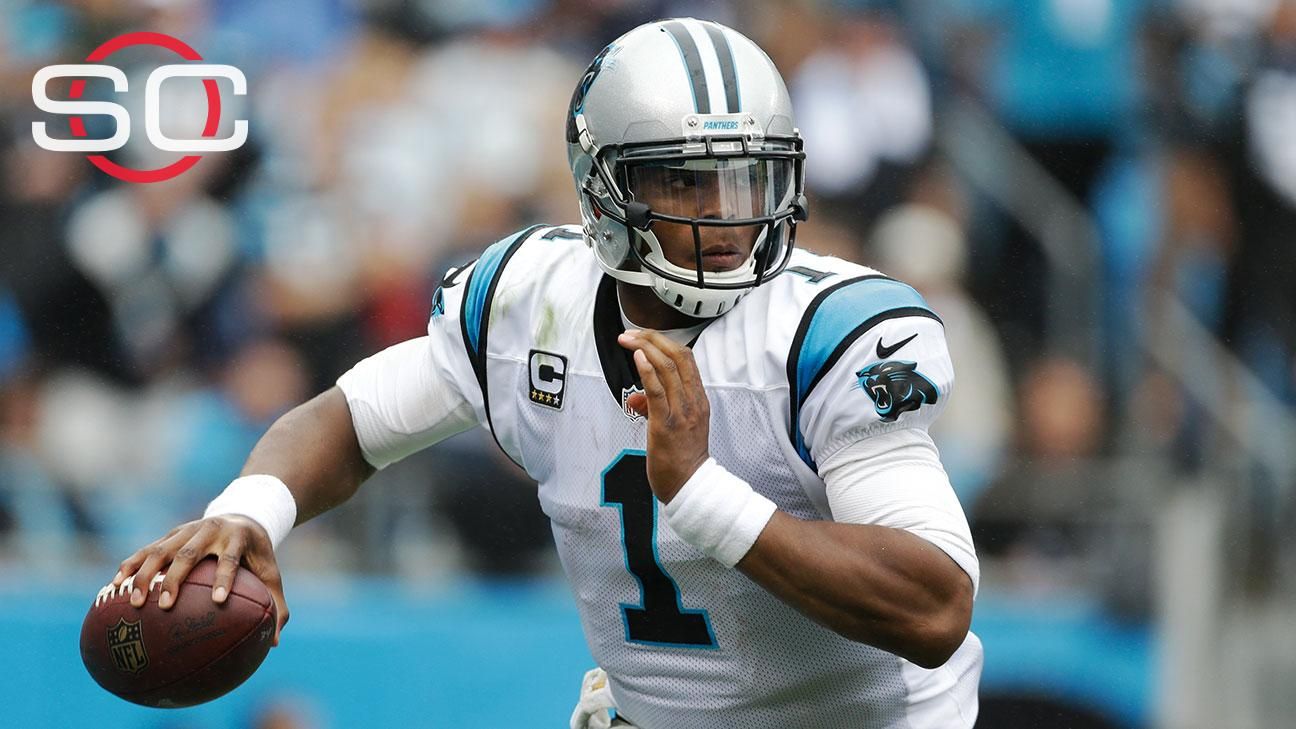 Schefter: Hochuli adamantly denies making comment to Newton
Adam Schefter reacts to Panthers QB Cam Newton's assertion that referee Ed Hochuli told him that he wasn't "old enough" to get a particular call, and the NFL's investigation of the situation. 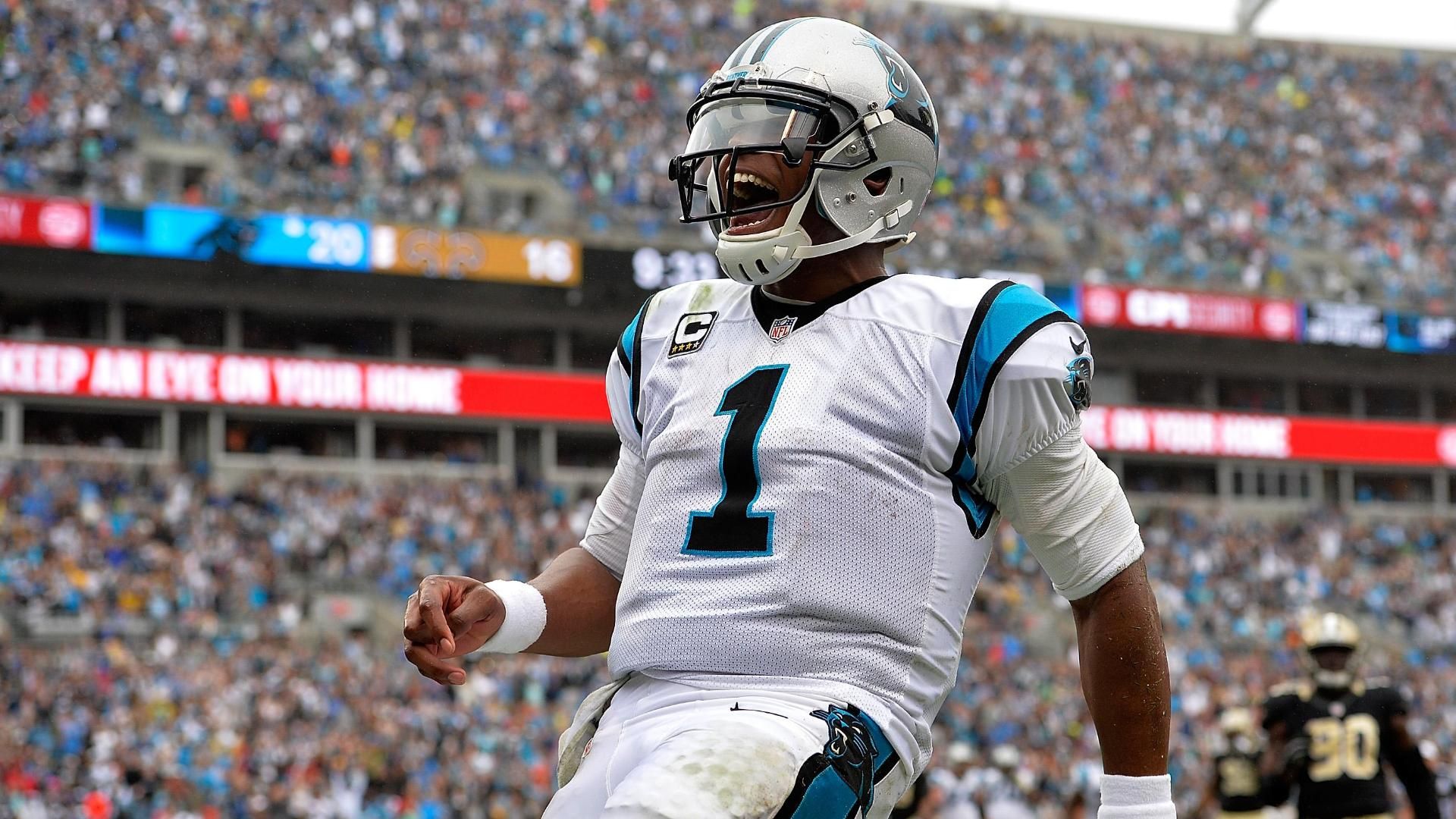