Nick Fairley not guilty of DUI 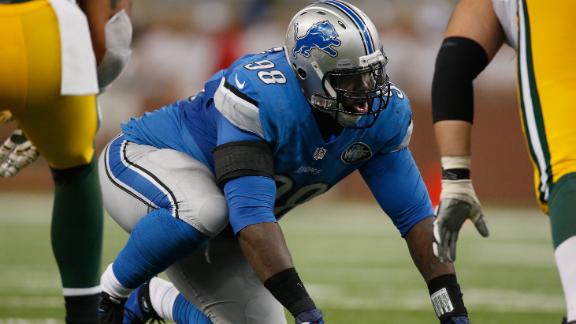 Detroit Lions defensive tackle Nick Fairley was found not guilty of driving under the influence in 2012 by a jury in Mobile County, Alabama, television station WKRG reported Friday.

The case had taken more than two years to reach trial but lasted less than three days between jury selection, both arguments and the jury's deliberations. Initially, according to WKRG, the jury came back at an impasse, but Mobile County Circuit Court Judge Sarah Stewart sent them back for more deliberations.

Fairley was found guilty of reckless driving, according to WKRG, and will have to pay a $500 fine.

"I feel great," he said following the decision, according to AL.com. "I just want to get this behind me and move forward."

Fairley was driving 100 mph in his Cadillac Escalade at the time he was pulled over in May 2012. He did not take a Breathalyzer test at the time, and the state trooper on the scene said he had failed field sobriety tests. The trooper, according to AL.com, said Fairley had admitted to drinking and driving.

During the trial, Fairley's girlfriend at the time, Fatima Alhassan, refuted the statement by the state trooper and said the cup of alcohol was hers and that Fairley had not had a drink in many hours prior to being pulled over, according to a report in AL.com.

Fairley, 27, is scheduled to become a free agent in March. The Lions' first-round pick in 2011, he played in 46 games for Detroit and totaled 98 tackles along with 13.5 sacks, four forced fumbles and three fumble recoveries. The Lions declined to pick up the fifth-year option on Fairley last season.

"I'm ready to go back to Houston to start training, rehabbing and get ready for all these teams to come look at me," Fairley said, according to AL.com.

Messages left for his agent, Brian Overstreet, as well as the Lions and the Mobile County District Attorney on the case, Spiro Cheriogotis, were not immediately returned.