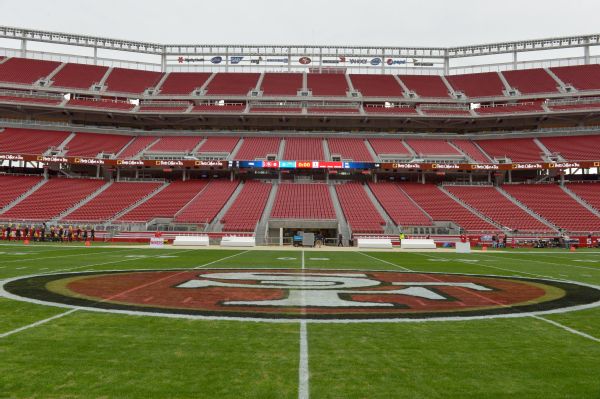 On Wednesday, the team said that Newsom was doing fine and would be released from the hospital later in the day after spending the night there.

An ambulance arrived a few minutes after the collision and Newsom was taken away on a backboard with his neck secured.

In a statement, the 49ers said Newsom suffered a concussion, but no cervical spine fractures.

Newsom and James were both going for the ball on a pass thrown over the middle by rookie quarterback C.J. Beathard when they ran into each other and Newsom fell to the ground. Newsom did not move and his teammates began immediately calling for help from the sideline.

Practice stopped and most of the team dropped to a knee in prayer. The ambulance arrived about six minutes later and loaded Newsom on to a backboard and stretcher. Still wearing his uniform and helmet with the mask removed, he was taken to Stanford Medical Center about 12 minutes after the collision.

Coach Kyle Shanahan said nobody was able to speak with Newsom after he woke up, as they allowed medical personnel to do their jobs.

"I did see his eyes open and stuff so he wasn't knocked out the whole time," Shanahan said. "They didn't want him to move; they were being very safe with it and we tried our hardest to keep our space from him. It's human nature for everyone to get around and get close to him, but that doesn't help the situation, so we tried to give him our distance and try to keep him as relaxed as possible and let the people who know what they're doing do their job."

Newsom, an undrafted rookie out of the University of Missouri, missed practice on Friday and Saturday with a neck injury but returned to practice Monday after a day off Sunday.

James -- like Newsom, an undrafted rookie -- was visibly upset after the play but teammates such as veteran Eric Reid made it a point to remind him that it was an accident.

"Me and a bunch of other guys ran after him because we saw that he was taking it [on] himself," Reid said. "Which you would expect that. In football or in any other part of life, you hurt somebody and we all have a conscience and you feel terrible about it. We told him just to keep his head up, make sure he checks on Donavin, keep praying about him and not to blame himself because that stuff happens when you play this game."