No discipline given to Walt Anderson's officiating crew, source says 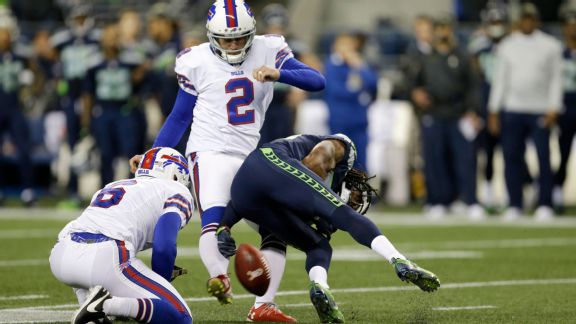 Walt Anderson's officiating crew was not disciplined by the NFL for a series of missteps before halftime of the Seattle Seahawks' victory over the Buffalo Bills on Monday night, a league source told ESPN's Ed Werder.

The crew members were evaluated under the standard process that holds them accountable for every call in each game, those they make and those they do not. A source said no additionaldiscipline was given, meaning the two mistakes cited by NFL senior vice president of officiating Dean Blandino after the game resulted in the crew being downgraded accordingly.

Grades accumulate throughout the season, and top-rated officials receive postseason assignments. Officials who perform below standard are let go if they don't show improvement.

Anderson's crew chose not to flag Seahawks cornerback Richard Sherman for unnecessary roughness as he attempted to block Bills kicker Dan Carpenter's field goal attempt at the end of the first half. Sherman was penalized for being offside -- and was determined to be unabated to the kicker -- but the play was not stopped in time to prevent Sherman from getting a piece of the kick and crashing recklessly into Carpenter's legs.

Blandino said on Twitter during the game that an unnecessary roughness penalty should have been called.

The fact that there was no unnecessary roughness call created a whole other set of problems -- including an injury timeout against Buffalo that forced Carpenter off the field -- that weren't handled well by Anderson's crew. Most damaging for the Bills was the play clock not being properly reset as Carpenter lined up for a second field goal attempt, from 49 yards, and Buffalo being called for delay of game.

Officials were standing over the ball on the second attempt with 4 seconds remaining on the play clock, which led to the delay of game. After the 5-yard penalty, Carpenter's 54-yard attempt was wide right.

After the game, Blandino said on NFL Network that Anderson should have reset the game clock prior to the delay of game.

Bills coach Rex Ryan called the officials' decision not to penalize Sherman "ridiculous" and said of the entire sequence:"From an officiating standpoint, I think you can do a little better than that."

Sherman was fined$9,115 by the NFL for the hit, a source told ESPN, confirming a report by ProFootballTalk.com.

Anderson's crew is off this week, on their previously scheduled Week 10 bye.

ESPN's Ed Werder, Adam Caplan and Mike Rodak and The Associated Press contributed to this report. 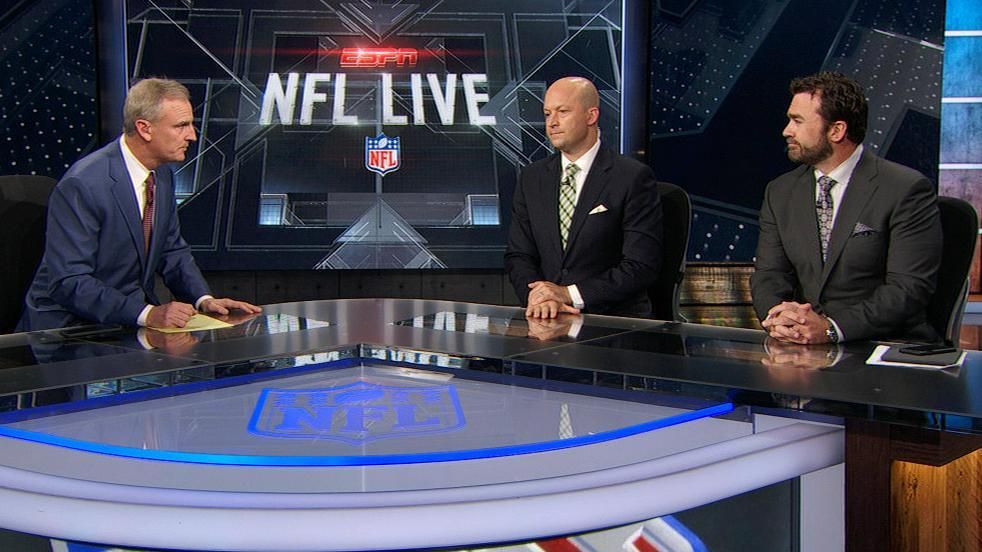