"It's amazing, phenomenal. I mean we ain't never been here before," said player Alex Hutchinson. "This is a first time for us so we're all excited. We're pumped about it."

"The fact that our school probably doesn't even have 400 students and they made it all the way to state and they won, this is a school of champions I'm telling you," said Parent Shaheda Wright.

After a city hall rally the McClymonds players rode on a bus and trolley through downtown and into a West Oakland community that doesn't always have reason to celebrate.

"One of the dangerous places to be, you know, succeeding and making it to a state championship, it's a blessing, an honor" said player Angelo Gerrett. "And it feels good to put a positive note on our city." 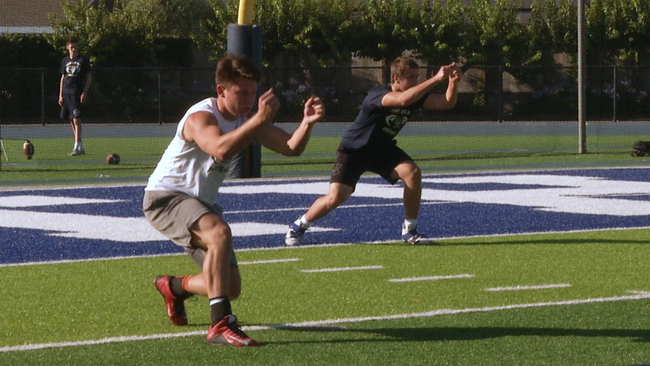