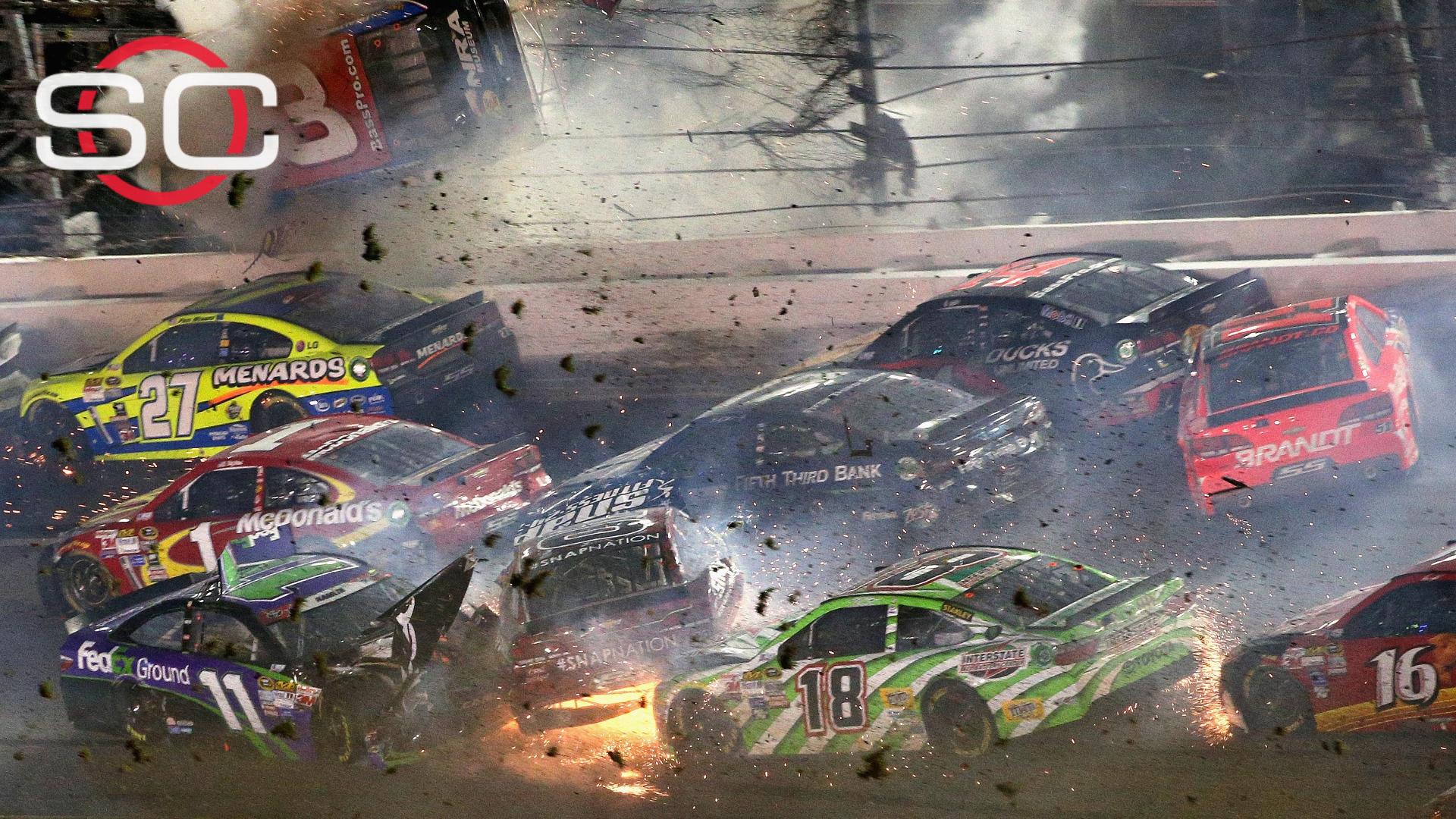 DAYTONA BEACH, Fla. -- NASCAR and Daytona International Speedway officials will review the last-lap crash from early Monday morning where Austin Dillon's car launched into the catch fence and left his fellow drivers amazed that neither Dillon nor race fans were seriously injured.

"We'll work closely with NASCAR [with our review]," DIS president Joie Chitwood said. "We did this after the last incident [a 2013 Xfinity Series race]. We're going to learn from it and see what else we can do to be better. I think you saw some of the improvements at work today, so what we can learn from that tomorrow and the next days, we're going to incorporate moving forward."

NASCAR chairman Brian France said Monday afternoon on SiriusXM NASCAR Radio that the "work has already begun" at NASCAR's research and development center in North Carolina to see if anything can be done to keep the cars on the ground while also trying to have the closest, tightest racing possible.

"An accident like last night, boy it sure takes your breath away," France said. "And it should. But that's auto racing. And we're working on better solutions all the time to make racing safer and better. ... We have an entire group of people that woke up this morning trying to figure out how we make this better [and] make sure the cars don't elevate."

The driver suffered a bruised tailbone and a bruised forearm but no significant injuries. Five fans were treated for unspecified injuries, with one going to the hospital and being released later Monday morning.

"I'm shocked that Austin Dillon is even alive from what he went through," said six-time Sprint Cup championJimmie Johnson, who finished second toDale Earnhardt Jr."It was just a frightening moment. I saw it in the mirror and, man, I expected the worst when I came back around."

Said Dale Jr.: "You are just on the verge of tears. I saw everything in the mirror pretty clearly. ... I just was very scared for whoever that car was. I didn't care about anything except figuring out who was OK. The racing doesn't matter anymore."

The No. 3 Richard Childress Racing car landed on its roof and was again hit moments later by Brad Keselowski's car.

"I was pushing the 24 [of Jeff Gordon], the people behind me was pushing -- it was just a wad right there at the end," said Dillon, who had just crossed the finish line in seventh before the crash. "And that's why these speedway races end, and you're just praying and hoping that you get through it at the end."

Crew members from various racing teams -- including Earnhardt's -- immediately ran out to the wreckage to check on Dillon's condition and gave a collective thumbs-up to let everybody know that he was OK.

"It's a dangerous sport," NASCAR spokesman Brett Jewkes said. "It always has been. It always will be. There are always concerns, and that is why you always see us working as hard as we can on safety. ... We are pleased with the performance of the race cars protecting the drivers."

That was certainly a better result than in February 2013 at the Xfinity Series race at Daytona, where Kyle Larson's car slammed into the frontstretch catch fence, injuring upward of 30 people.

In that accident, a gate designed to remain closed until the end of a race, then open to let fans walk from the grandstands toward the track, ended up buckling. That allowed Larson's tire to fly into the stands as the front half of the car was sheared off. Debris flew as high as the speedway's upper deck.

Since then, Daytona redesigned and added extra cables to those gate areas of the catch fence.

Monday's crash didn't happen in one of those areas, and tracks don't always publicize any changes to their fencing, which is a mix of mesh, steel cables and poles. In this case, the fence was ripped apart, and Chitwood said it appeared the fence worked as designed.

The new grandstand project possibly kept fans from getting hit by debris. Upon entering the facility, fans must go up escalators or steps to the middle level and walk down to their seats. So now they cannot walk between the front row and the catch fence.

Drivers were visibly shaken after seeing the accident, although Dillon appeared calm.

"If anything hurt any worse than what it did, I think I'd be more shaken, but right now adrenaline is still pumping and I feel fine," Dillon said. "I feel like I can go race."

The fans had waited through a rain delay of more than three hours and a nearly three-hour race to see the finish, which occurred at 2:41 a.m. Monday.

The nature of restrictor-plate racing often creates pack racing with cars three-wide and little room for error. Dillonhit the spinning car of Denny Hamlin and launched over two cars and into the catch fence.

"Keep the cars on the ground, slow us down would be the only way to do it, I would say. And even then, there's no guarantees." 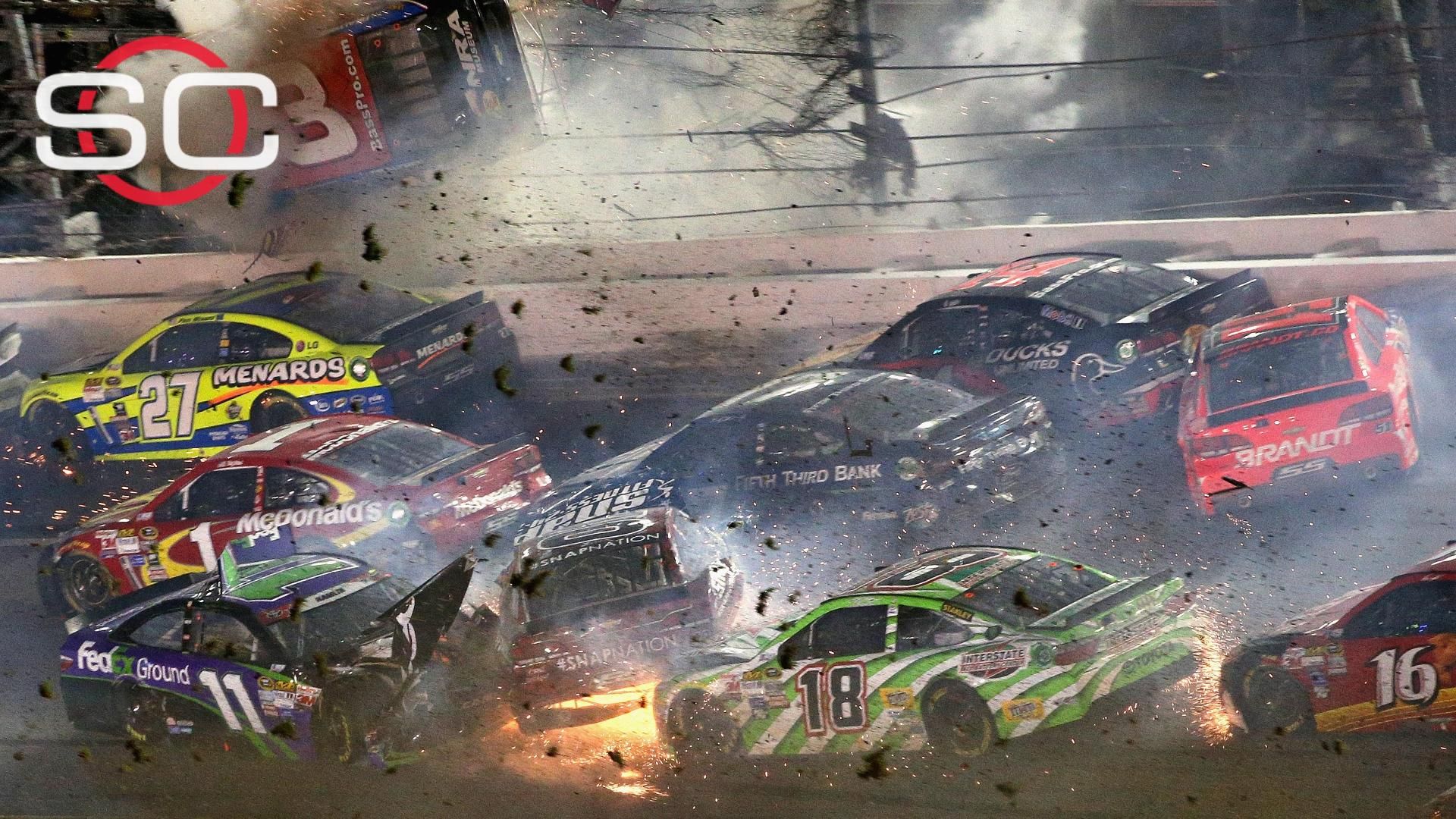