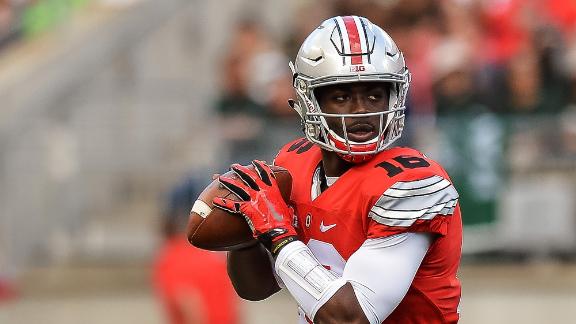 "Just sheer production," Meyer said. "Cardale is going to be a very active part. Hopefully we'll keep him very much involved. It was a difficult decision, but the red-zone production and third-down production were the two areas that made the difference. [Barrett] earned that with the way he played Saturday."

Barrett's 83.3 red zone completion percentage is more than 50 percentage points higher than Jones', according to ESPN's Stats & Information.In the past two weeks, Barrett has been almost flawless in the red zone, leading the Buckeyes to scores on all 12 possessions, with touchdowns on 11 of them.

Barrett ran for 102 yards on 11 carries in last weekend's 38-10 win over Penn State, scoring two touchdowns in the red zone in the first half and throwing two TD passes in the fourth quarter. Jones started the game but was only 9-for-15 for 84 yards, and was benched in favor of Barrett in the second half.

"There is disappointment," Meyer said of the quarterbacks' reaction to the decision, "but they're grown men, both of them are."

Meyer said he was unsure what role Jones would play but anticipated it would be similar to the one Barrett had played.

"Whether it's doing what J.T. did as far as keeping and staying into the game, coaching J.T., I expect Cardale will be very similar in his role as J.T," Meyer said. "Now, not necessarily in the red zone, we'll make those decisions and see how he practices this week."

Jones had started all seven of Ohio State's games this season. Barrett was the starter in 2014 before breaking his ankle in the final regular-season game against Michigan.

Information from ESPN's Joe Schad and Austin Ward and from The Associated Press was used in this report. 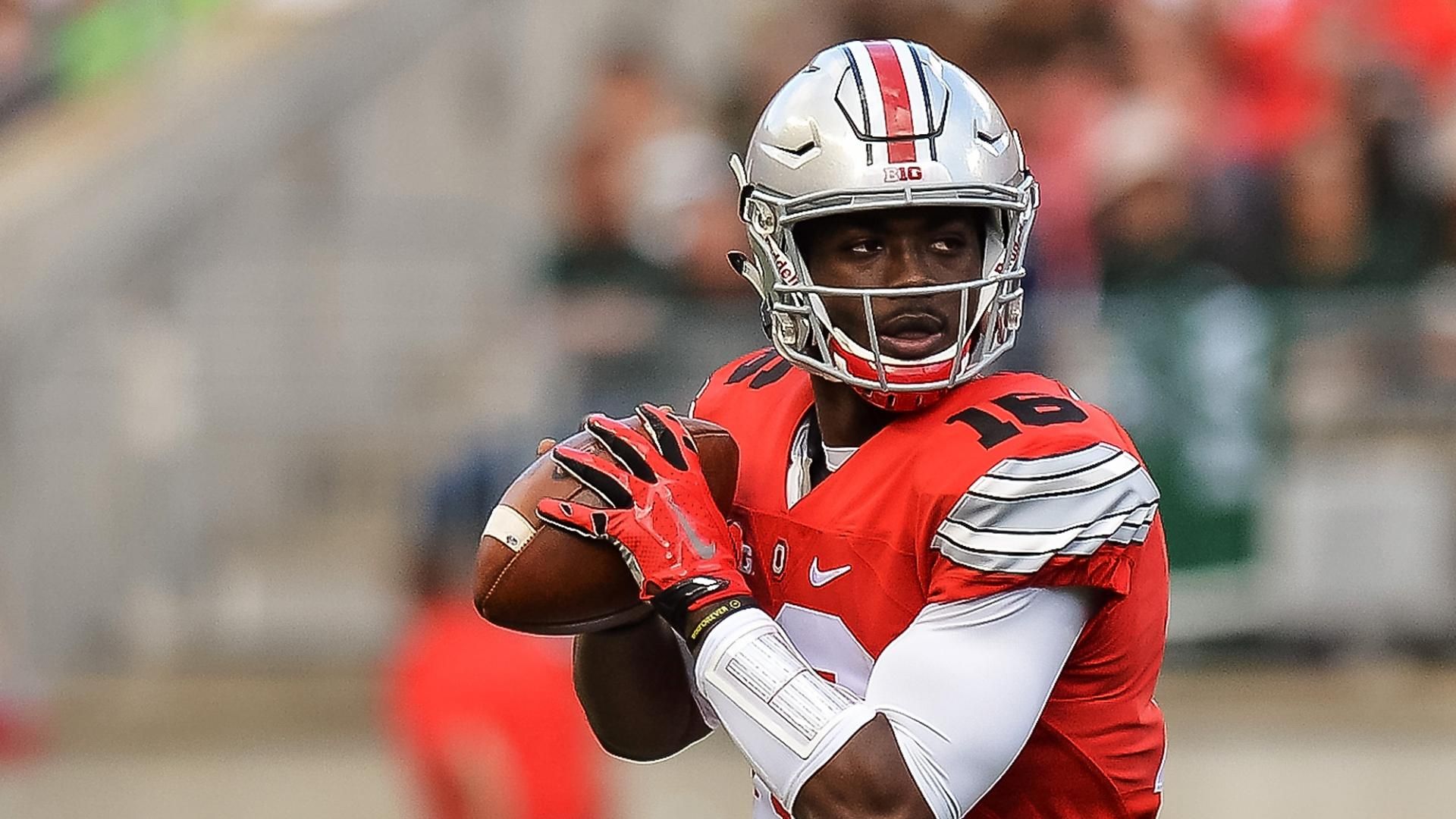