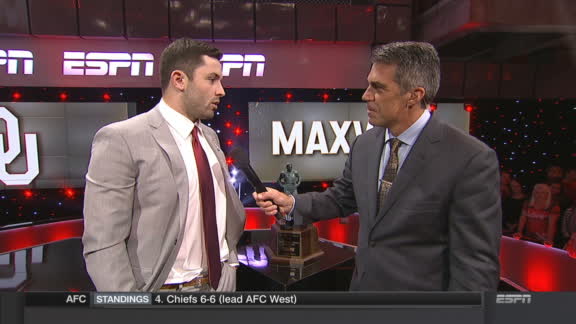 NEW YORK -- Baker Mayfield is The Associated Press college football Player of the Year, becoming the fourthOklahomaquarterback to win the award since it was established in 1998.

Mayfield, Love and Jackson are the finalists for the Heisman, which will be handed out Saturday night in New York.

Mayfield is a former walk-on who has led the No. 2 Sooners to the College Football Playoff, where they will play No. 3 Georgia in the Rose Bowl on Jan. 1. Mayfield leads the nation in passer efficiency rating and has thrown for 4,340 yards and 41 touchdowns with just five interceptions.

He joins Josh Heupel (2000), Jason White (2003) and Sam Bradford (2008) as previous winners from Oklahoma. No other school has had more than two players win AP Player of the Year.

"I'm on this awards trip right now with a lot of great players from OU and other schools, and every one of them deserves to be recognized," Mayfield said. "To receive this award is an honor and it's something just a few years ago I never thought would happen. Obviously I'm very happy and thankful that I'm being recognized with this."

Mayfield played high school football in Austin, Texas, but did not receive a scholarship offer from the Longhorns. He was at Texas Tech, and played as a freshman, but ended up transferring to Oklahoma. With the Sooners, he has become a three-year starter and one of the most productive passers in college football history.

The AP award is the first of what could be several won by Mayfield. He was in Atlanta for the Home Depot College Football Awards show at the Hall of Fame (7 ET, ESPN and ESPN App). Mayfield is up for the Walter Camp Player of the Year Award, Maxwell Award and Davey O'Brien Award. He is also a finalist for the Manning Award. 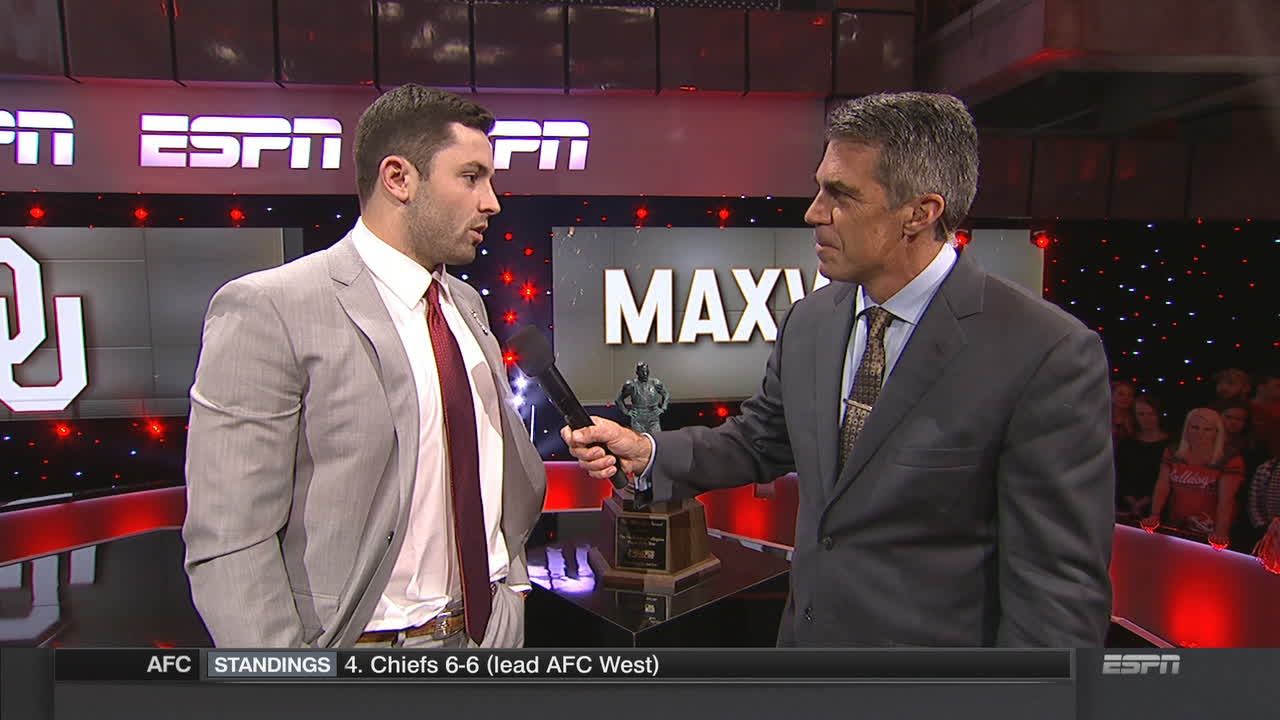