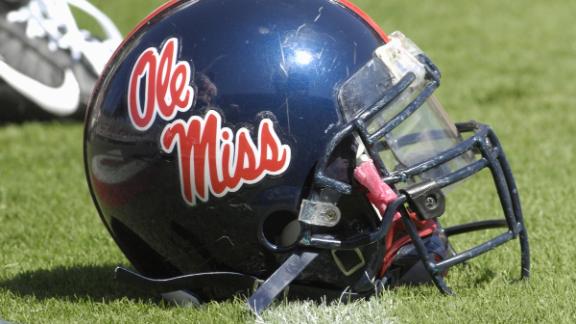 Mississippi has received a notice of allegations from the NCAA charging the school with rules violations in the football, women's basketball, and track and field programs, although sources told ESPN.com that most of the football violations predate current coach Hugh Freeze and his staff.

Yahoo! Sports first reported Friday that Ole Miss had been formally notified of allegations by the NCAA.

The NCAA investigation has dragged on for three years or more, and Ole Miss officials had been pushing for a resolution to the case. Ole Miss has 90 days to respond to the allegations.Most of the violations are centered in the women's basketball and track and field programs.

Sources told ESPN.com that the announcement was expected. Allegations connected to Mississippi's football team largely derived from the 2008-11 tenure of Houston Nutt, sources said. Freeze was named the Rebels' coach in December 2011.

The investigation took on another layer over the summer when former offensive tackle Laremy Tunsil, a junior last season, was suspended for seven games for receiving improper benefits. He was given loaner vehicles from a local dealership in Oxford and didn't pay for them.

Sources told ESPN.com that the new football violations in the NCAA's report centered primarily on the Tunsil case.

"This is a fraction involving our current football staff," a source told ESPN's Edward Aschoff. "Some of those things we've already self-imposed some penalties around and already dealt with. This just happens to be part of a broader process."

A source told The Associated Press that the football program has already taken some steps, such as reducing recruiting official visits, to try to mitigate any punishment from the NCAA.

The timing of the notice of allegations is anything but ideal for the Rebels. National signing day is Wednesday, and Ole Miss is hosting several recruits on campus this weekend as it tries to complete a class currently ranked No. 3 by ESPN.

Ole Miss athletic director Ross Bjork, in a statement Friday, declined to elaborate on the allegations.

"As has been the case for the past three years, we are bound by confidentiality and cannot comment publicly on the matter," Bjork said. "However, I can say that I'm confident in how our coaches and staff operate our program, and we take compliance, NCAA and SEC rules very seriously. We are working hard to seek a resolution to this matter."

The NCAA has been investigating Ole Miss since 2012 when women's basketball coach Adrian Wiggins and two assistants were fired after a school investigation found academic and recruiting misconduct. Two players were ruled ineligible, and Ole Miss self-imposed a one-year postseason ban.

Ole Miss officials later acknowledged that the NCAA was also looking into issues regarding the football program.

The NCAA does not comment on current, pending or potential investigations.