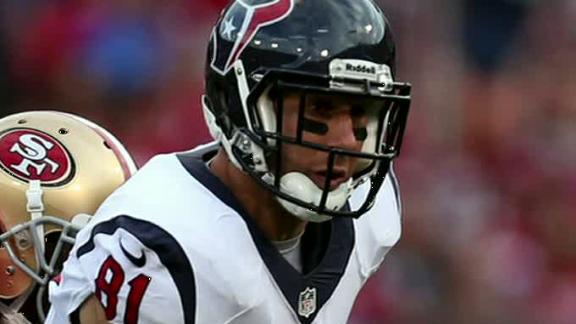 Daniels, who was released by the Houston Texans on March 11, will take a physical in Baltimore on Friday to complete the deal. This reunites Daniels with former Texans coach Gary Kubiak, who is now the Ravens' offensive coordinator.

A two-time Pro Bowler, Daniels is expected to back up Dennis Pitta and play a significant role in the Ravens' two tight end packages. Daniels, 31, represents a major upgrade over Ed Dickson, the Ravens' No. 2 tight end, who was not re-signed.

Durability is the biggest concern with Daniels. He has been limited to 11 games or fewer in three of the past five seasons. Last season, Daniels played only five games because of a fractured fibula.

In his seven-year career, Daniels has caught over 50 passes four times and has scored a total of 29 touchdowns.