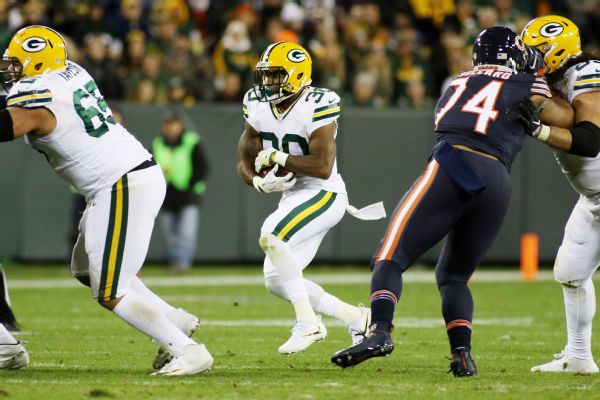 GREEN BAY, Wis. -- The Green Bay Packers decided after two games -- and just five carries -- that Knile Davis isn't the running back for them.

He was cut on Monday, less than two weeks after Davis arrived in a trade with the Kansas City Chiefs. It likely means the Packers won't have to surrender the seventh-round draft pick in 2018 that was part of the trade, since it was a conditional pick. Most conditional draft picks hinge on a player being on the 46-man game-day roster for at least three games.

Davis played a total of just 13 snaps for the Packers in his two games. Eight of those came at Atlanta on Sunday, when he carried three times for 4 yards.

The Packers did not fill Davis' roster spot on Monday.

It leaves Don Jackson, who was promoted from the practice squad on Oct. 20, as the only fully healthy running back on the roster. James Starks underwent knee surgery on Oct. 16 to repair a torn meniscus and hasn't played since Oct. 9 against the Giants. Eddie Lacy (ankle) is on injured reserve, but the team hopes he can return for the final few games.

In place of a traditional running back, Packers coach Mike McCarthy has used receivers Davante Adams, Randall Cobb and Ty Montgomery out of the backfield, although neither Cobb nor Montgomery played against the Falcons.