Panthers awoken by early-morning fire alarm at hotel in Seattle 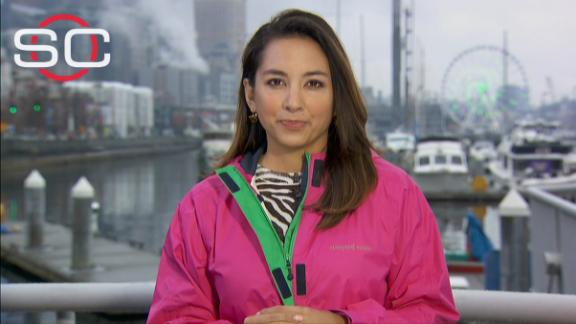 The Carolina Panthers got an earlier-than-expected wake-up call Sunday when a fire alarm was pulled at their hotel ahead of their Week 6 matchup against the Seattle Seahawks.

The team said in a statement that alarms were pulled at approximately 5:40 a.m. PT -- only on the two floors of the hotel that Panthers players were staying on, which backup quarterback Derek Anderson confirmed in a tweet Sunday.

"Obviously, this is an issue that directly affects our club. We will let the hotel and the league investigate," Panthers spokesman Steven Drummond said.

The team said it got the all-clear to return to its rooms at approximately 6 a.m. PT.

Several other players also tweeted their unhappiness at the unexpected interruption in their sleep.

The manager at the hotel told ESPN's Michele Steele that an "investigation is still ongoing" that aims to determine the cause of the incident.

The Panthers (4-0) come into Sunday's game undefeatedwith their only loss in the past 10 games coming against the Seahawks at Seattle in the playoffs last season. With its 4-0 start, Carolina has matched the team record of eight straight regular-season wins that was set in 2013.