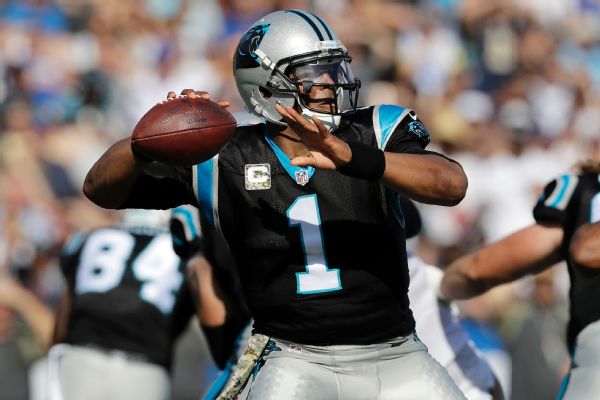 Carolina Panthers quarterback Cam Newton brought back his 2015 touchdown celebration -- one that he'd proclaimed dead during the offseason -- in the second quarter of Sunday's game against the Kansas City Chiefs.

Newton performed the Atlanta-based dance -- which last season became a national phenomenon -- after his 4-yard touchdown run in the second quarter gave Carolina a 10-0 lead. The move brought a loud cheer from the crowd.

"Just any spark, man," Newton said in explaining the decision to dab. "It's hard to score in this league. I guess it was much-anticipated."

Also in the first half, Newtonbecame the first player in NFL history to pass for 20,000 yards and rush for 3,000 yards in his first six seasons.

In doing so, Newton, 27, became the fifth-youngest quarterback in NFL history to surpass 20,000 yards passing. The four quarterbacks who did so at a younger age are Drew Bledsoe, Peyton Manning, Matthew Stafford and Dan Marino.

The reigning NFL MVP already owned the league record for most career rushing touchdowns by a quarterback. His 47th set up the return of the dab.

Newton went on to throw an interception, returned by Chiefs safety Eric Berry for a touchdown, and the Panthers lost 20-17 as the Chiefs kicked a field goal in the closing seconds to overcome a 17-point deficit.