Pelicans show up for Game 2, but so does Stephen Curry 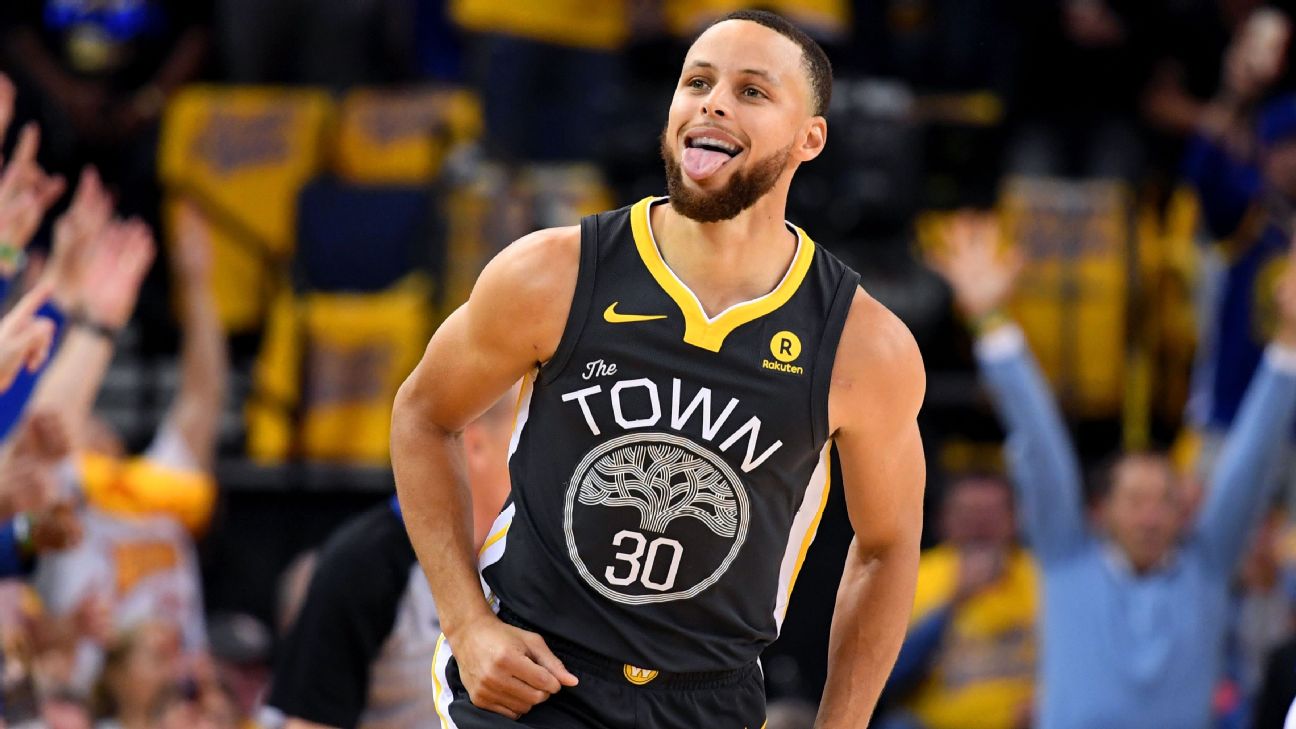 OAKLAND, Calif. -- The Stephen Curry Show at Oracle Arena remains one of the most exciting spectacles in sports.

The two-time MVP, who hadn't played since March 23 because of an MCL sprain in his left knee, electrified the sellout crowd of 19,586 by dropping in 28 points and grabbing seven rebounds in Tuesday's 121-116 win over the New Orleans Pelicans in Game 2 of the Western Conference semifinals. The Warriors lead the series 2-0.

In what came as a bit of a surprise before tip off, Warriors head coach Steve Kerr decided to bring in Curry off the bench in his return game, limiting him to only 27 minutes -- but the point guard still made the biggest difference for the veteran group by registering a plus-26 plus/minus -- while reinforcing that the Warriors appear to be hitting their stride at the right moment.

After racking up a triple-double in Game 1, Draymond Green had another big performance Tuesday night scoring 20 points, dishing out 12 assists and grabbing 9 rebounds. As much as the Warriors fed off the emotion of Curry's return, it was Green who provided an important energy jolt at various points in the game when his team needed one. Kevin Durant led all scorers with 29 points (on 11-of-23 shooting) and added 6 rebounds and 7 assists.

The Pelicans can take solace in the fact that they had an answer for each of the Warriors' runs throughout the majority of the game. But as was the case in Game 1, the Warriors proved to have too much talent -- beating the Pelicans at their own up-and-down game.

After a poor offensive performance in Game 1, Pelicans guard Jrue Holiday responded with a solid night of 24 points, 8 rebounds and 8 assists, andAnthony Davis chipped in with 25 points and 15 rebounds of his own. Rajon Rondohad 20 points, 12 assists and 7 rebounds, but the Pelicans' trio didn't have an answer as Curry and Durant made plays in the waning minutes.

The scariest part for the Pelicans is that they did a solid job defensively for most of the night -- especially on Klay Thompson who finished just 4-for-20 from the field -- but they still lost.

To find a victory in this series, the Pelicans are going to have to play close to a perfect game because their margin of error is so slim. Curry's presence back in the Warriors' lineup gives Golden State the type of championship swagger that has defined it over the past four seasons.

Curry picks up right where he left off
Steph Curry checks in to a standing ovation and smoothly knocks down his first shot attempt, which is a 3-pointer.

Curry stares down 3-pointer
Steph Curry drives past half court, pulls up for a 3-pointer and stares it down as it goes in.
Report a correction or typo
Related topics:
sportsespnespngolden state warriorsstephen currysteph curryanthony daviskevin durantnbanba playoffsplayoffsnew orleans pelicans
Copyright © 2021 ESPN Internet Ventures. All rights reserved.
More Videos
From CNN Newsource affiliates
TOP STORIES
Lawsuit filed against Bank of America for unemployment fraud
Here's why seniors must wait for the COVID-19 vaccine