Pete Carroll says he can 'empathize' 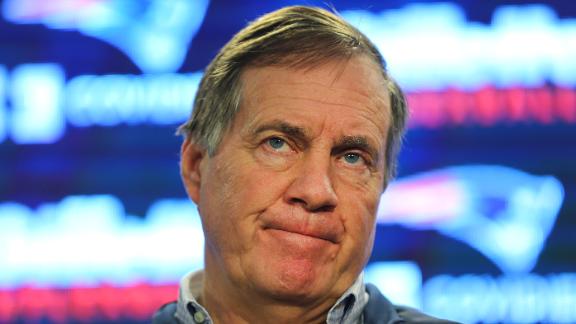 PHOENIX -- Seattle Seahawks coach Pete Carroll said the deflated-footballs issue with the New England Patriots has forever changed the way he will approach the process in the future.

"I'm much better versed today than I was a week ago," Carroll said Sunday when the Seahawks arrived in Arizona. "Things come up and we have to face things, sometimes for a first-time realization. Maybe everybody would think you should have seen it before, but I hadn't checked on the whole process of how our footballs were handled until this week.

"I can empathize with [New England] coach [Bill] Belichick in that way and understand that he never has, either. It's something that was part of the equipment standards that was carried out by people in the organization. It's something that hasn't been looked at, maybe, as technically as now. But I know every step of it now."

Carroll said he spent time this week learning the process of how footballs are prepared and selected before a game.

"My awareness is up," Carroll said. "I'm sure everyone else's around our game will never be the same because of what just happened. It's an unfortunate situation that [the Patriots] have to deal with now and I'm sure they are doing everything they can to deal with it properly. It's not an issue for us other than our awareness is increased. This is just another opportunity for us to grow."

Carroll said he doesn't expect the Patriots to lose focus this week because of the controversy.

"I think it's common when you feel like you're under attack it draws you closer," Carroll said. "I would suspect those guys will rally together. We understand it's a distraction they don't want, but I'm sure they're handling it in the best way possible. That's all you can do right now."

Veteran Seahawks defensive end Michael Bennettalso doesn't think the Patriots will be knocked off track by any distraction.

Bennett called the issue "propaganda" that is meant to be "inflating the game."

"It's not talking about the things that Russell Wilson has done. [Richard] Sher[man], Marshawn Lynch and the records they're [achieving]. ...

"... It's really just about two great teams playing. I think a lot of people are shying away from that aspect of it," Bennett continued. "The Patriots are arguably one of the best teams of this decade and we're starting to try to catch up to where they're at, what they've done the last 10 years. Bill Belichick is one of the best coaches of all-time so I think people are forgetting that.

"It's too much about the balls and stuff and hopefully everyone starts to talk about the game."

Information from ESPN.com's Mike Reiss was used in this report.

Belichick: 'I'm Not A Scientist'
Patriots coach Bill Belichick addresses the media regarding the investigation into the team's deflated footballs scandal.