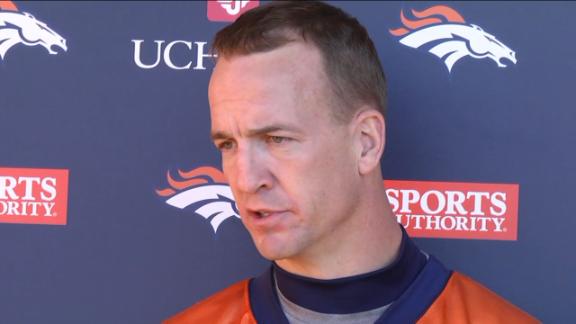 ENGLEWOOD, Colo. -- As Denver Broncos players returned to the practice field Thursday to start their preparations for Super Bowl 50, quarterback Peyton Manning reaffirmed that he supports an NFL investigation into an Al-Jazeera America report that linked Manning and others to human growth hormone.

"I do welcome it. It's no news to me," Manning said after practice. "I still stand by what I said then that it's garbage from the first day that it came out, garbage today."

Asked if the league's investigation into the December report was a burden of any kind as the Broncos get ready for the title game, Manning said, "None, no."

Manning seemed relaxed as he touched upon some other topics with the media Thursday.

He tried to deflect questions regarding his comment that "it might be my last rodeo," which was picked up by an NFL Films microphone when he spoke withPatriots coach Bill Belichick at midfield following the Broncos' win over New England in the AFC Championship Game on Sunday.

"That hasn't been confirmed," Manning said. "What happened to private conversations on the 50-yard line? They don't exist anymore. No confirmation to that whatsoever. We are on to Carolina."

Broncos coach Gary Kubiak said that, regardless of Manning's decision in the weeks to come, he believed the quarterback was trying to make the most of the moment.

"He hasn't said anything to me," Kubiak said. "I know he's enjoying the playoffs and enjoying this opportunity with this football team. I can't speak for him. ... I know it's special to have him back in the huddle leading the way."

Manning was also asked about the differences between pocket passers like himself and mobile quarterbacks like Carolina's Cam Newton.

"Be careful with these labels," Manning said with a smile. "Be careful with the labels. ... It seems like every day they say, hey, the pocket passer is a dying breed and will not long be, and I hope that's not true because I would be out of a job and my brother [Giants quarterback Eli Manning]would be pretty close behind me."

After Kubiak said the team captains, including Manning and linebacker DeMarcus Ware, would have a lot to say about things like curfew once the Broncos arrive in the Bay Area next week, Manning discussed the captains' roles in those decisions.

"I threw out 9 [as a possible curfew]," Manning said. That didn't get a lot of good reviews. DeMarcus said he was going to have to take some time to think about that, weigh in. Maybe there's a panel to go on."

As to whether his bedtime was 9 p.m., Manning said, "I don't know if I'll give out that information. Mountain time?" 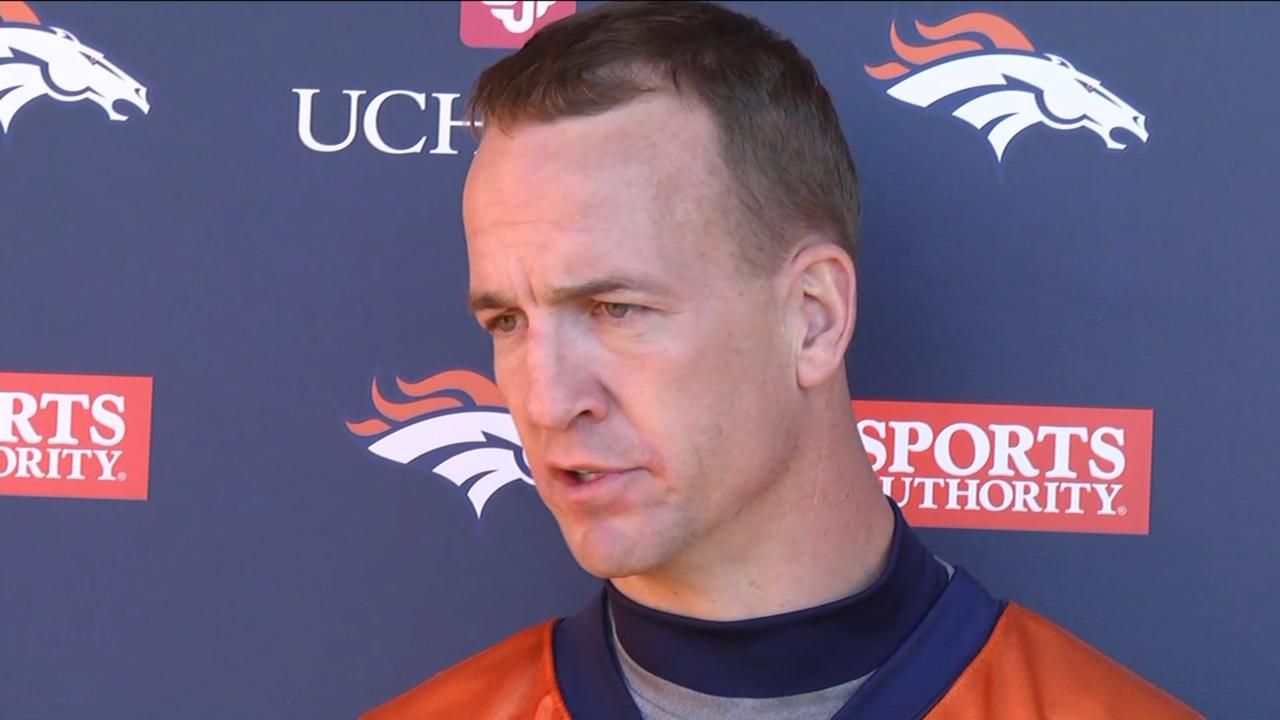 Peyton on Al-Jazeera: It's still garbage today
Broncos QB Peyton Manning addresses his thoughts on the NFL investigating the Al-Jazeera report that links him to receiving HGH back in 2011.