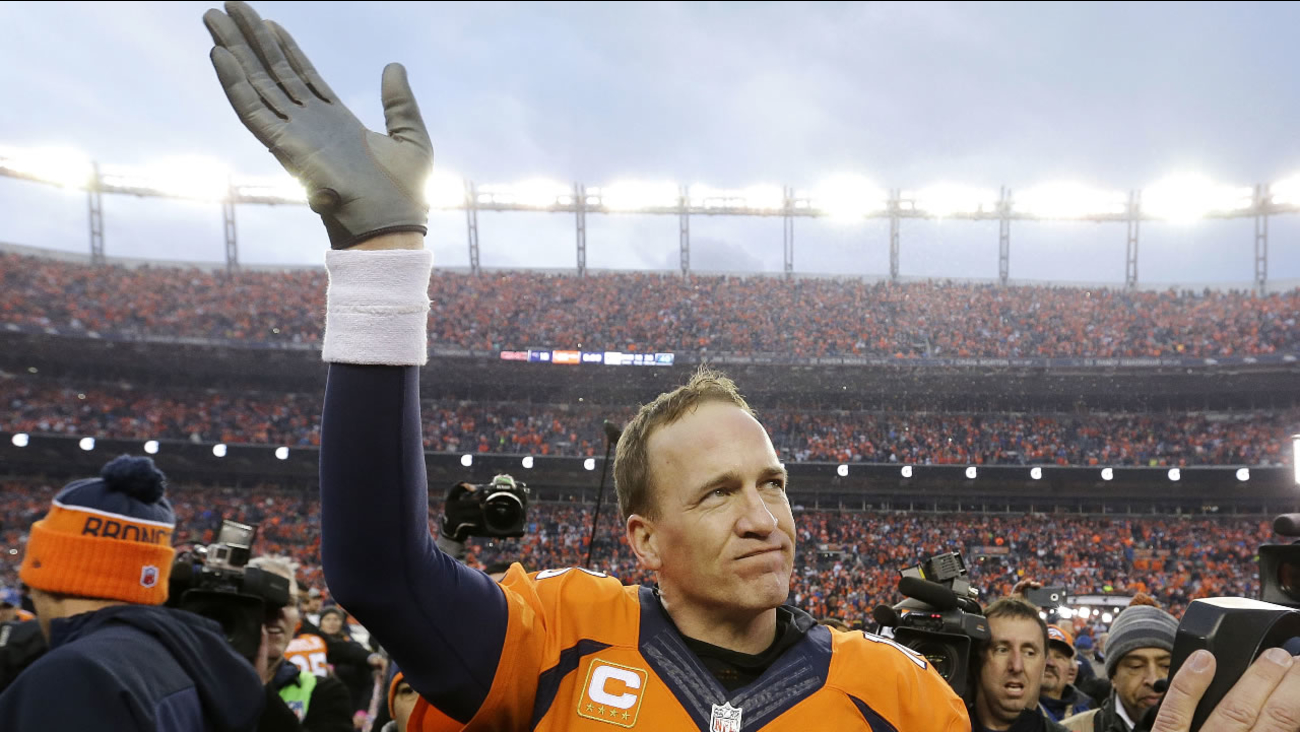 Peyton Manning surveyed the landscape of his brilliant career and called one last audible. He's retiring a champion.

A month after Denver's triumph in Super Bowl 50, Manning informed John Elway he's going to follow his lead and ride off into that orange sunset just like the Broncos' boss did 17 years ago after winning his second Super Bowl.

With a Tuesday deadline looming, it began to appear as though Manning might want to play another season but for another team - the Broncos needed his hefty salary for other players, including his replacement. He would have had to get cut for a second time in his career.

It never came to that.

He called Elway, team president Joe Ellis and coach Gary Kubiak on Saturday night and told them he's decided to retire, a person with knowledge of the decision told The Associated Press.

The person, who was briefed on the matter, spoke to the AP on condition of anonymity because the quarterback and the team were still working out details of an announcement. Chris Mortensen of ESPN first reported the decision Sunday morning.

Just shy of 40, Manning will forgo $19 million and a 19th season in the NFL, where he served as both a throwback and a transformer during a glittering career bookmarked by an unprecedented five MVP awards and dozens of passing records.

Manning leaves the league he helped popularize to super-size status as its all-time leading passer and winningest starting quarterback, the only one in NFL history to win Super Bowls with two franchises.

His first came in 2007 with the Indianapolis Colts, who drafted him No. 1 overall in 1998. The Colts gave up on him after a series of neck surgeries forced Manning to miss all of the 2011 season and left him without feeling in the fingertips of his right hand.

A rare superstar quarterback on the open market in 2012, Manning resettled in Denver, where, despite a right arm weakened by nerve damage, he went 50-15 with his fifth MVP award and two trips to the Super Bowl in four seasons.

He lost his first one, to Seattle, and won his second, 24-10 over the Carolina Panthers.
Related topics:
sportscoloradonational footbal leaguenfldenver broncos
Copyright © 2020 by The Associated Press. All Rights Reserved.
More Videos
From CNN Newsource affiliates
TOP STORIES
SF officials discourage partying in the Castro for Halloween