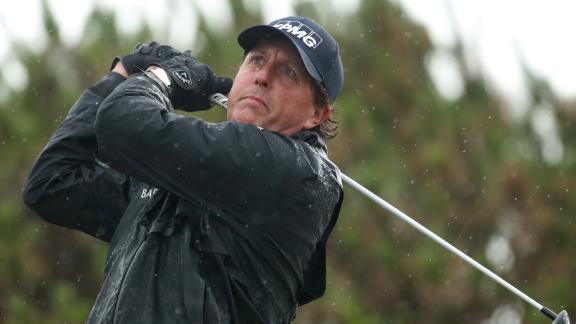 TROON, Scotland -- Glorious sunshine and balmy temperatures were replaced by a more typical Scottish summer day as rain and wind came in off the Firth of Clyde on Friday.

But none of it threw Phil Mickelson off his game.

Despite playing 10 holes in rainy, blustery conditions, Mickelson maintained his lead at the 145th Open on Friday, adding a 2-under 69 to his opening-round 63 to take a one-shot advantage over Henrik Stenson.

"I really enjoy the challenge that this weather and these elements provide," Mickelson said. "I thought it was a good round to back up the low round yesterday. I played kind of stress-free golf again. I made one or two bad swings that led to bogeys but for the most part kept the ball in play."

Mickelson finished 36 holes at 10-under 132 and was looking at having more than 24 hours until he starts the third round at Royal Troon, where he will be in position to win a second Open and a sixth major championship.

He has now played five straight rounds in the 60s at Royal Troon dating to the 2004 Open, where he tied for third and missed a playoff by 1 stroke.

That was the first time the World Golf Hall of Famer contended in an Open. After years of struggling on links courses, he has now embraced them.

"This is where I stopped trying to overpower the golf course, where I kind of accepted playing it as it's designed, if you will, and not trying to find a new, better way to beat the course other than just straightforward golf," he said. "That's probably why I love it so much."

Mickelson was the last player in the field to make a bogey, and it took him until his 30th hole of the tournament, his 12th on Friday. He had another bogey at No. 15, but four birdies -- including a near ace at the par-3 eighth -- got him in the 60s again.

Stenson, 40, won three weeks ago at the BMW International in Germany, his 10th victory on the European Tour but first worldwide since winning the 2014 DP World Tour Championship. At sixth in the world, he is the highest-ranked player without a major championship.

"I was 5 back of Phil from yesterday, so of course I was hoping to gain a little, and the way it turned out I gained quite a lot," said Stenson, who shot a 6-under 65 on Friday, including a 32 on the back nine. "It's still early in the tournament, though. We're only halfway through or not even there. But so far, so good. It's not easy out there. It's a great result, really."

Mickelson was still perplexed by how his birdie putt on the final hole Thursday stayed out. He was putting for 62, a score never shot in a major championship. Despite looking good, the ball somehow veered just enough to catch the lip and spin outside onto the back of the hole.

Mickelson joked about finally believing in the golf gods, who conspired to keep any player from breaking 63 in a major. And he had an explanation after watching a replay.

"It looked like 3 or 4 inches short of the hole it hit something and kicked it dead right," Mickelson said. "I couldn't figure out how I missed. Obviously it hit something, so it happens, unfortunately."

Mickelson, 46, could be the fourth-oldest winner in major championship history. Only Tom Morris Sr. -- who won his fourth Open title in 1867 at age 46, when the tournament was played down the road at Prestwick -- would be an older winner in Open history.

The oldest winner of any major is Julius Boros, who was 48 when he captured the 1968 PGA Championship. Next is Jack Nicklaus, who was 46 when he won the 1986 Masters. 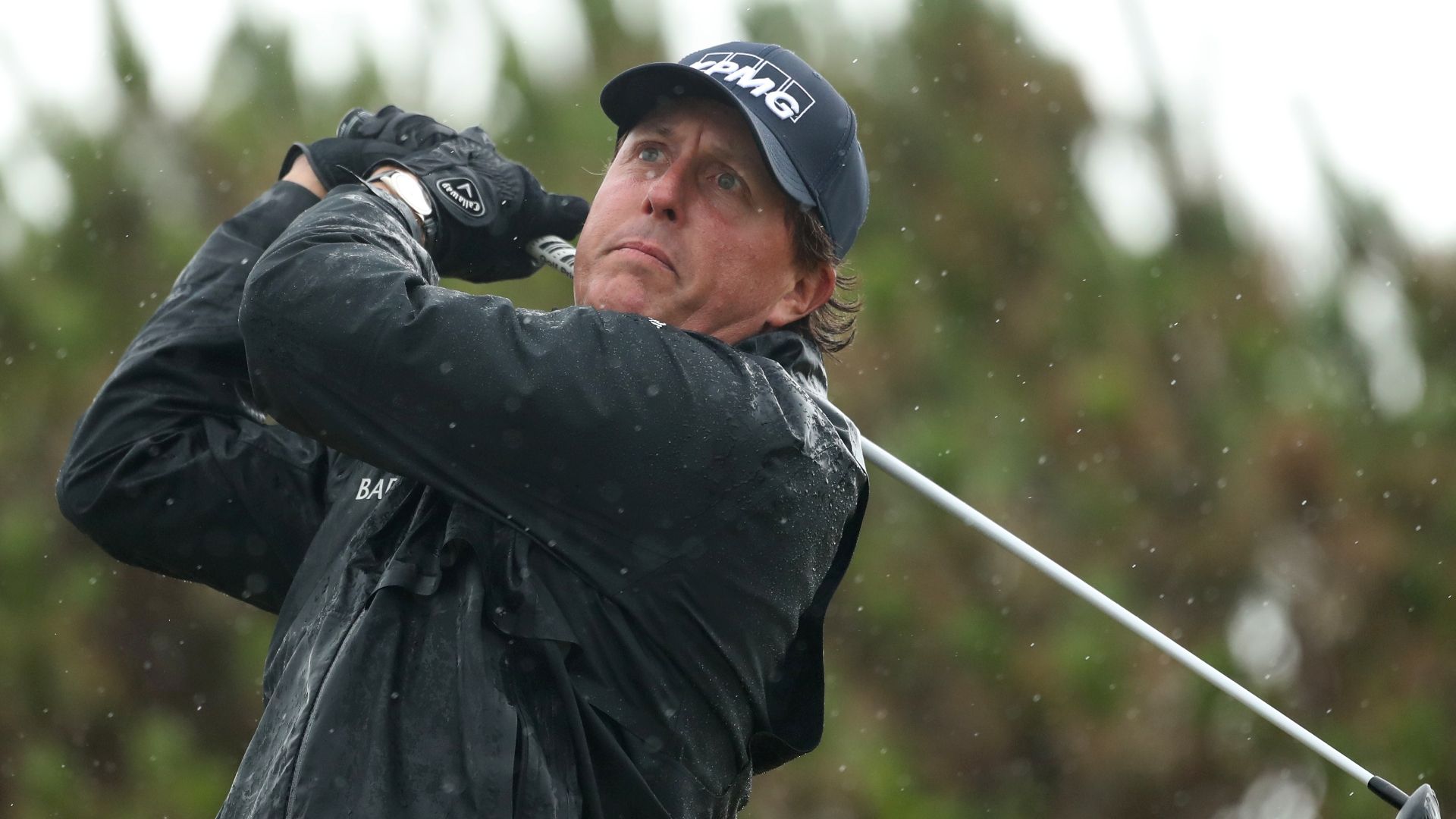