"Dorian is so smooth, so confident, so fluid," Stanford coach Jerod Haase said.

Khadeen Carrington scored 20 points for Seton Hall (4-2). His layup cut the Pirates deficit to 48-42 with eight minutes remaining, but Seton Hall would get no closer down the stretch.

Travis and Pickens had four points each during an 8-0 run that pulled Stanford even at 26 at halftime.

"They punched us in the mouth the first 10 minutes and we kind of stumbled back," Haase said. "I challenged them. I'm so proud of how they bounced back and contained it for the last 30 minutes."

Seton Hall continues to get strong offense from Carrington, who entered averaging 18.9 points in his previous 11 games, dating to last season. He averaged 21 over the three invitational games, including a 28-point performance in Thursday's 81-76 loss to Florida.

Travis had seven rebounds for Stanford and missed out on his third double-double of the invitational due in part to getting his third foul early in the second half. After missing the final 22 games last season with a leg injury, the junior's performance thus far bolds well for the rest of the season.

Seton Hall went 1-2 in the invitational, getting outscored in the second half by an average of 10 points in losses to Florida and Stanford. The Pirates lead Florida by one after the first half and was tied in Sunday's game.

Stanford closed out the invitational with two wins after losing 67-53 to Miami in the opening round. The Cardinal beat Indiana State 65-62 for their other win.

Stanford: Goes against No. 15 St. Mary's at home Wednesday night. 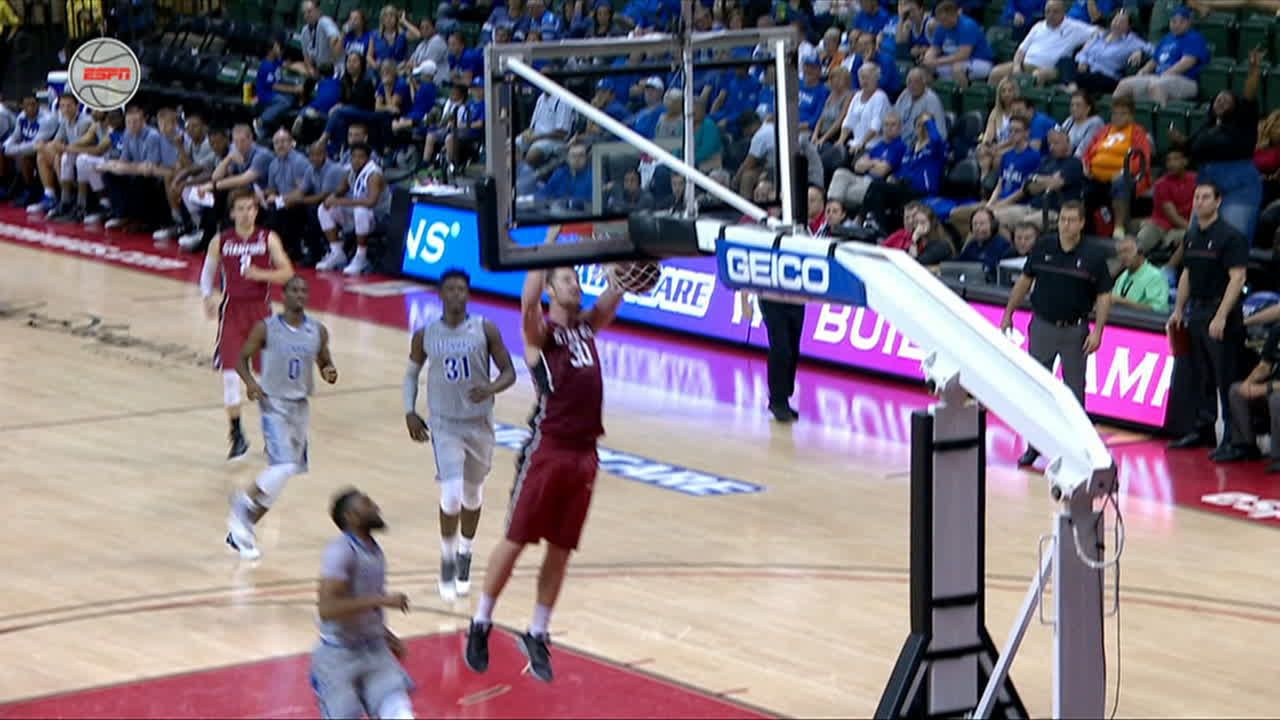