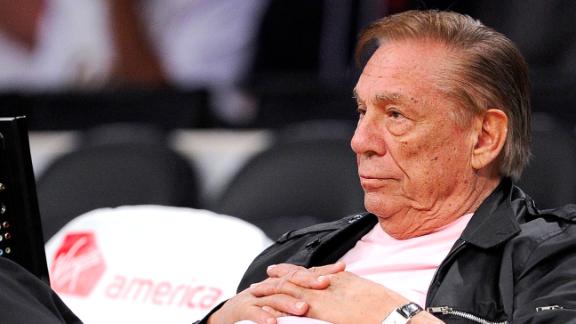 That's according to the results of a poll by E-Poll Market Research that was released Thursday.

The company said that, out of the people who were familiar with the Los Angeles Clippers' owner, 92 percent said they disliked him. In the impressionable 13- to 24-year-old male demographic, 97 percent disliked him, according to the poll.

"Donald Sterling made these callous statements, and then he has more than doubled down on them since then," said Gerry Philpott, president and CEO of E-Poll, which said it polled 1,100 people between ages 13 and 49 whose demographics were representative of the U.S. population.

To put Sterling's numbers into perspective, Philpott said the athletes in his company's database are disliked by an average of 15 percent of the population.

Sterling said this week that he would fight the NBA's attempt to kick him and his ownership group out of the league for his racist comments, even though he had given written permission to his wife, Shelly, to sell the team. She has hired Bank of America, has taken bids and is trying to wrap up the sale before the NBA Board of Governors could unseat the Clippers' ownership group Tuesday.

Sources confirmed to ESPN on Thursday night that former Microsoft CEO Steve Ballmer submitted a $2 billion bid to buy the team. Donald Sterling bought the team in 1981 for $12.5 million.

If Sterling sues and ties up the sale or if a deal can't be consummated, league officials have said the NBA will take over the sale.