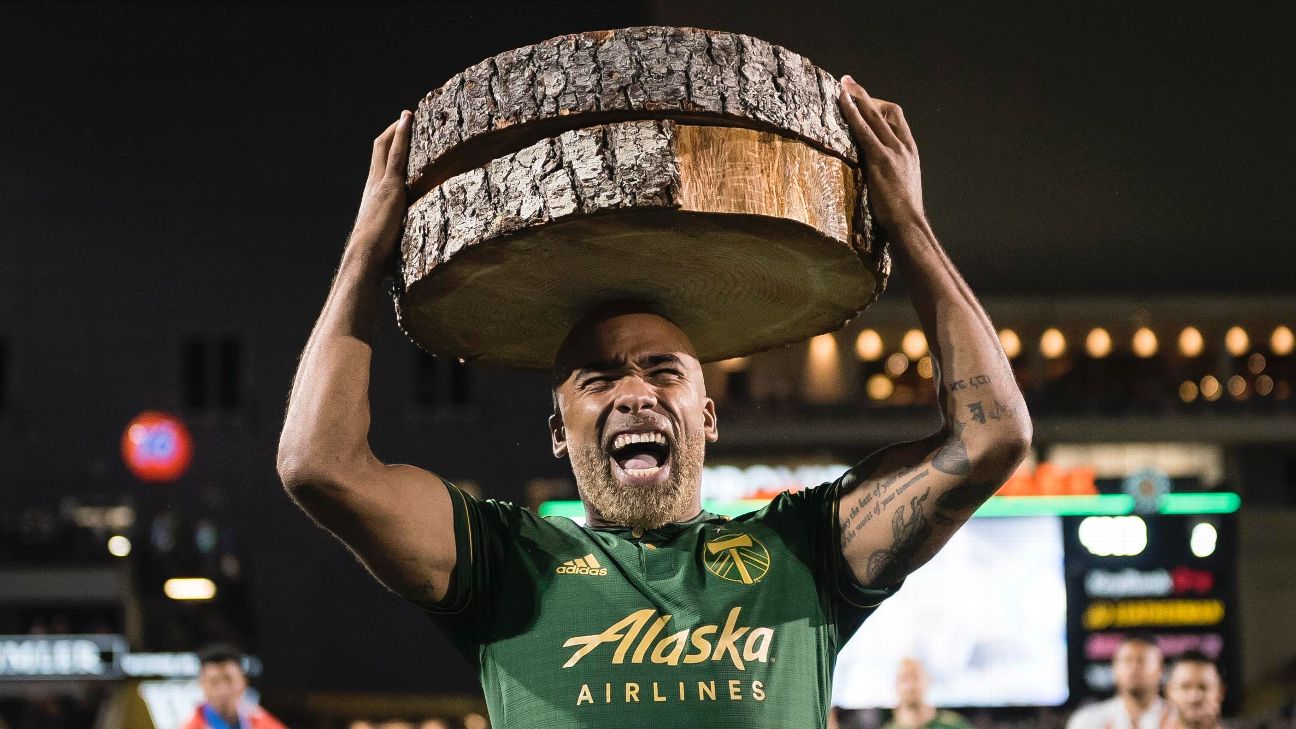 Samuel Armenteros scored his fifth and sixth goals of his first MLS season, and the Portland Timbers extended the league's longest unbeaten run of 2018 in a 2-1 home victory over the San Jose Earthquakes on Saturday night.

Armenteros has scored all six of his goals in his last seven games as he's worked his way into a starting role in his first season with the Timbers.

The Swedish forward's emergence has come in concert with Portland's 11-match unbeaten run, which has included eight victories.

Diego Valeri set up both of Armenteros' goals for the Argentine's seventh and eighth assists this campaign.

Florian Jungwirth scored late for San Jose, which is now winless in its last nine matches and remains last in the Western Conference standings, 14 points out of a playoff spot.

By then the Timbers had already grabbed a 1-0 lead after Armenteros scored his first goal in the 14th minute.

After a giveaway at midfield by San Jose, Valeri got the ball outside the penalty area and slotted a ball left to Armenteros. The forward brought the ball across to his left with his first touch and then ripped a finish beyond goalkeeper Andrew Tarbell with his second.

Armenteros nearly doubled the score minutes before half-time with a sensational bicycle kick that just sailed wide of the right post.

He would eventually get his second goal eight minutes after half-time on a counterattack immediately following a San Jose chance.

Goalkeeper Jeff Attinella corralled the ball and found Sebastian Blanco with his throw. Blanco played Valeri, who in turn spotted Armenteros with a through-ball. Armenteros rode off the contact of defenders to send a low finish across his body and beneath Tarbell's lunge.