QB Carson Wentz, the No. 2 overall draft pick, agrees to deal with Eagles 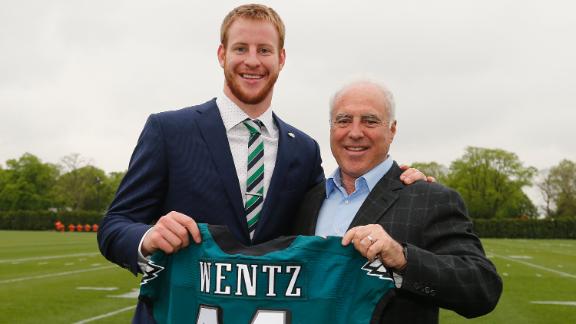 PHILADELPHIA -- Carson Wentz, the No. 2 pick in the 2016 NFL draft, agreed to a contract with the Philadelphia Eagleson Thursday, one day before the start of the team's three-day rookie camp.

Based on the NFL rookie wage scale, Wentz's four-year contract is worth $26.67 million. All of that is guaranteed. Wentz receives a signing bonus of about $17.6 million.

The Eagles have signed all eight of their 2016 draft picks.

The 6-foot-5, 237-pound Wentz was back in Philadelphia on Thursday for the start of the rookie camp. The full team is scheduled to begin a three-day voluntary camp on Tuesday.

The Eagles made two trades to move up from the No. 13 pick in the first round of the draft to the No. 2 pick. They did so with an eye on selecting Wentz, who played at North Dakota State.

The trade up to No. 2 triggered a reaction from starting quarterback Sam Bradford. Bradford requested the Eagles trade him and stopped attending voluntary offseason workouts. The Eagles declined the trade request.

Bradford returned to offseason workouts Monday. His agent, Tom Condon, said in radio interviews that he and Bradford decided that preparing for the season was the best option once a trade was not likely.

Bradford, who was acquired in a 2015 trade with the Rams, signed a new two-year, $35 million contract in March.

Eagles head coach Doug Pederson said after the draft that Bradford will be the team's starting quarterback in 2016. Chase Daniel, who signed as a free agent after three years with the Kansas City Chiefs, will be the No. 2 quarterback.

Pederson wants to let Wentz learn the Eagles' offense and the speed of the NFL game without the pressure to play right away. 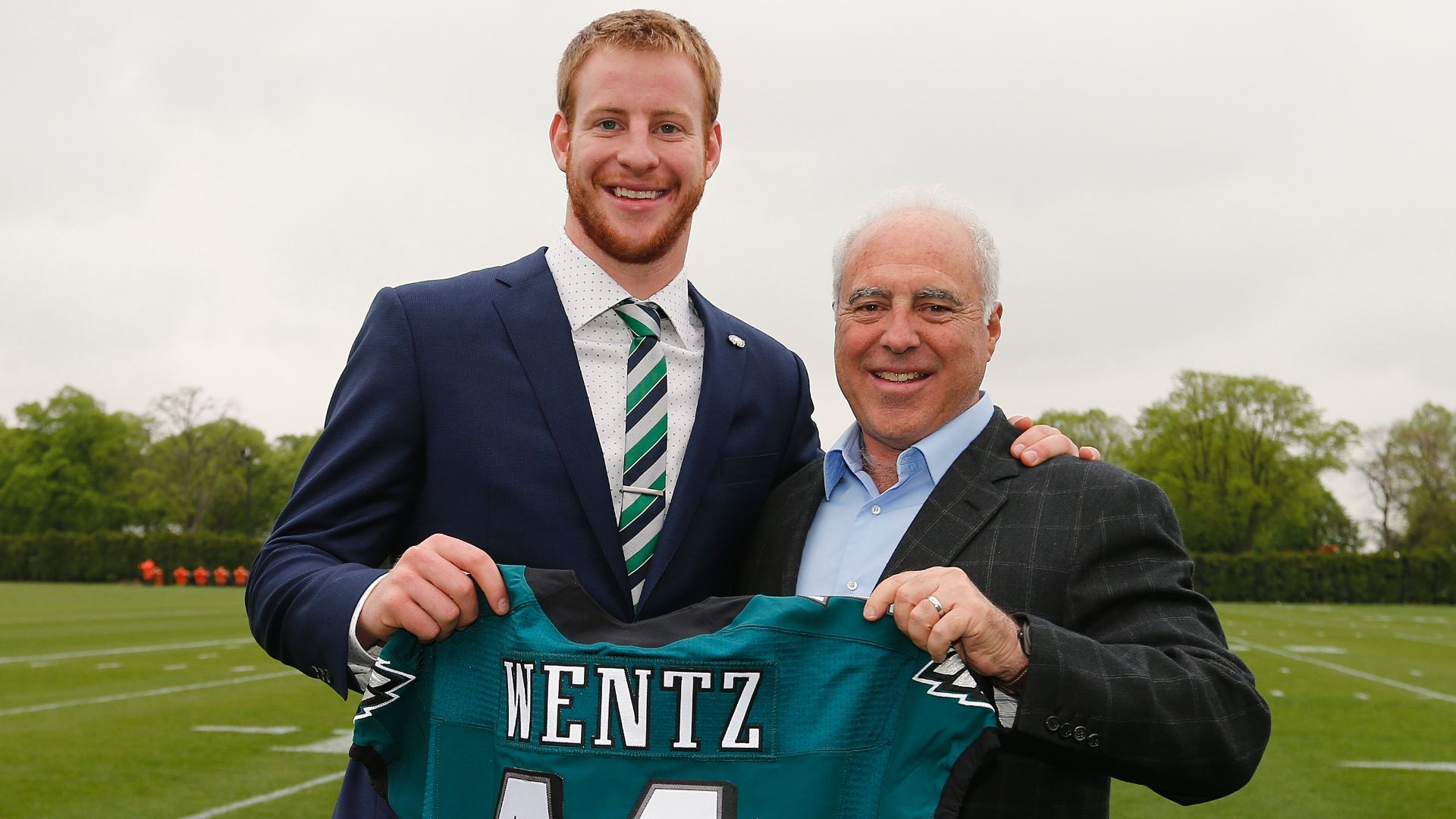