Quakes slip past Galaxy thanks to own goal 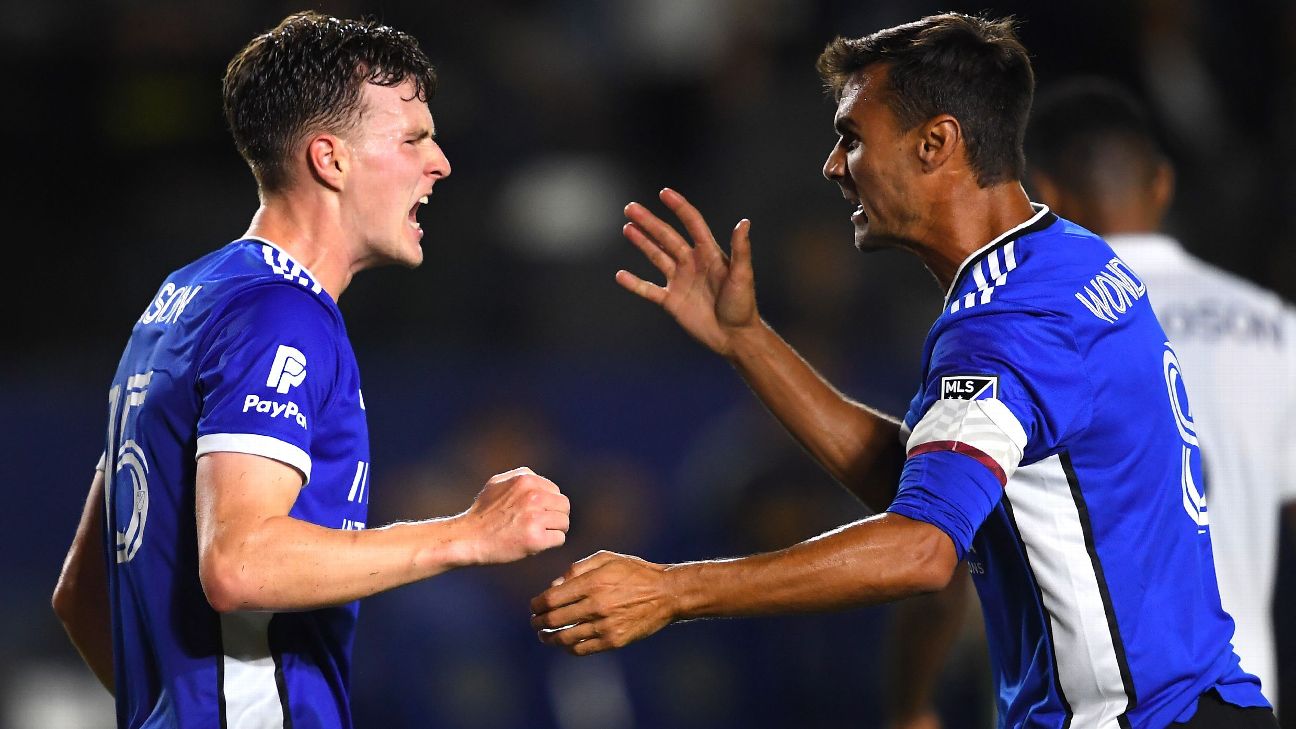 They won a key Major League Soccer match 2-1 against the third-place team in the Western Conference, and they avoided a draw.


San Jose (6-7-8, 26 points) ran its unbeaten streak to 10 straight matches, picking its third win to go with seven draws in that span. The Earthquakes also defeated the Galaxy (11-8-2, 35 points) after dropping the teams' first two meetings this season.

All three goals came in the second half. Jeremy Ebobisse opened the scoring for San Jose in the 52nd minute, getting his head on a cross and finding the back of the net.

The Galaxy tied it at 1 on a 65th-minute corner kick from Victor Vazquez. The kick went though San Jose goalkeeper JT Marcinkowski at the near corner and into the net.

The Quakes had an answer, getting help from the Galaxy to retake the lead with the go-ahead goal.


Javier Eduardo "Chofis" Lopez dribbled around a defender, put a shot on Los Angeles goalkeeper Jonathan Bond from a side angle, and the ball was ruled to have gone off the Galaxy's Niko Hamalainen for an own goal in the 71st minute.

Bond kept the Earthquakes from an early lead with a highlight-reel save in the fourth minute. Then just after halftime, Bond survived a shot off the bar from Ebobisse after a corner kick, and then a rebound attempt was cleared away by the Galaxy.

However, the Earthquakes got on the board moments later.

After a four-game unbeaten streak, the Galaxy have lost two straight, both at home. The Galaxy continue to play without star forward Javier "Chicharito" Hernandez, who has 10 goals in 10 matches but is dealing with a calf injury. He hasn't played for the team since June 26. 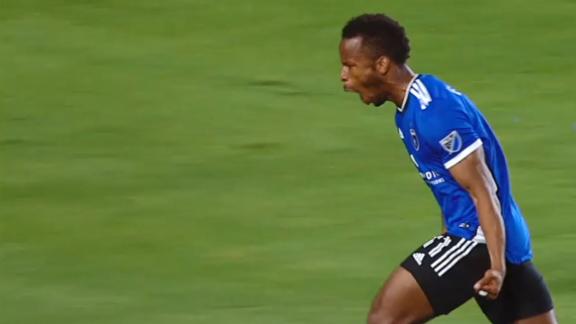