Quentin Moses one of three people to die in house fire 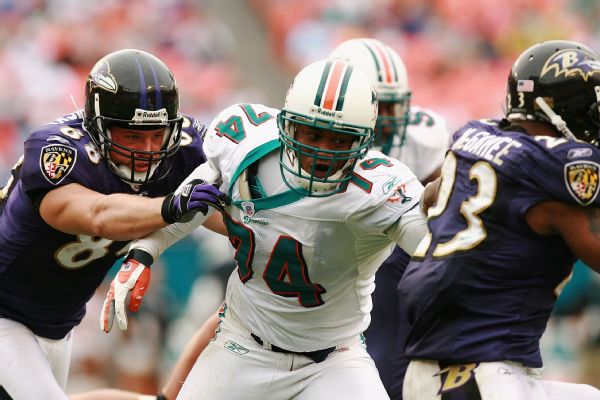 Officials said the fire began at approximately 6 a.m. ET. Both Andria Godard and her daughter, Jasmine, were found dead in the home in Monroe, Georgia. Godard was 31; Jasmine was 10.

Moses was unconscious when he was found by firefighters and died at a local hospital. He was 33.

He had been an assistant coach for Reinhardt University for the past five seasons.

Moses was picked in the third round of the 2007 NFL draft (65th overall) by theOakland Raiders, but he never played for the team. The Dolphins claimed him off waivers after he was released before the start of the 2007 season. In four seasons for the team, he had 3 sacks and 35 tackles while playing on the defensive line and at linebacker.

"We were deeply saddened to hear about the tragic news involving Quentin Moses. Our thoughts and sincere condolences go out to his family and friends during this difficult time," the team said in a statement.

Jason Taylor, who will be inducted into the Pro Football Hall of Fame later this year, was among Moses' former teammates to express their sadness on Twitter.

"Our thoughts and prayers are with Quentin's family," athletic director Greg McGarity said in a statement. "We are shocked and saddened by this tragic news. Quentin was an outstanding representative of not only the University of Georgia but also his hometown of Athens. On behalf UGA Athletics, we extend our most sincere condolences to his family."