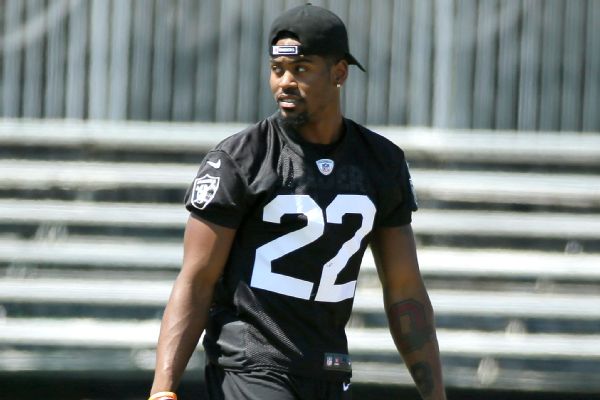 ALAMEDA, Calif. -- Oakland Raiders first-round draft pick Gareon Conley, who missed all of training camp with a right shin injury, will make his NFL debut on Sunday against the New York Jets.

Conley, the No. 24 overall pick in this year's draft, was not a full participant in practice until Thursday.

"He had a good week of practice, so yeah, we're going to have Gareon up," Raiders coach Jack Del Rio said Friday of the rookie cornerback.

"We're excited to get a look. He's obviously a talented young man and we really, really liked him coming out. He's had a little bit of a setback because of some things that were beyond his control with the medical stuff. That's cleaned up and he's ready to roll now, so we look forward to watching him play."

Del Rio, though, would not say how Conley would be used against the Jets.

"We expect him to see the field," Del Rio said.

Veteran cornerback Sean Smith, meanwhile, was listed as "questionable" to play with a neck injury after being limited Wednesday, sitting out Thursday and limited on Friday.

Conley, who was expected to be a top-15 pick out of Ohio State, fell to the Raiders after he was accused of sexual assault the week of the draft. He was a full participant in the Raiders' offseason program until the second day of mandatory minicamp in June.

He did not sign his rookie contract until the night before Oakland's first training camp practice, on July 28.

That weekend, a Cuyahoga County (Ohio) grand jury declined to pursue charges on Conley, who began training camp on the physically unable to perform list. Raiders general manager Reggie McKenzie said at the time that Conley had "the shin splints," though the rookie later took to social media to laugh off the diagnosis.

"It feels really great finally being able to come back out and be with my teammates," Conley said. "It feels real good.

"It's always a big deal, but it's not like it's a bad thing; it's a good thing. I'm an athlete, I'm used to pressure. I'm just ready to go out there and play with my team, honestly. I just can't wait to go out there and play. For the past three months I haven't been doing anything. Just being out there with them, the DBs, the defense, it just feels good."

Conley said he spent his time off learning the playbook.

"As a rookie I had to learn new plays. Just studying film, studying the playbook, studying everything and helping my teammates out any way I could. Just rushing to get back through treatment and everything -- that was my focus.