Raiders have made progress in Vegas, now owners want the facts

ESPN
By Dan Graziano
CHARLOTTE, N.C. -- Mark Davis is dead serious about moving the Oakland Raiders to Las Vegas, but he's playing it slow with his fellow NFL owners. That may be the best way for him to end up getting what he wants.

"Until we have more information, it's pure speculation at this point," NFL commissioner Roger Goodell said Tuesday night, as the spring owners meeting concluded. His words echoed those of the owners and team presidents informally surveyed Monday and Tuesday in the hallways and lobbies of the Ballantyne Hotel.

Could they imagine voting, at some time in the future, to allow Davis to move to Las Vegas? Sure. Just like they could imagine letting Davis move his team to London or Mexico City or Beijing or Venus if he could convince them such a thing were viable and, more importantly, profitable.

"I haven't heard anybody say no," Davis said Tuesday evening, and you'd swear you could hear ringing slot machines in the distance. This was more than a headline-friendly quip, and Davis knew it. He's a heck of a lot farther down the road on this than his fellow owners are, but he knows the best way to get them to say no would be to bring them this idea before it was fully formed.

Many of those surveyed this week pointed out that they haven't seen a market study and would need a lot more information about everything -- from demographics to ticket sales to projections for luxury suites, concession sales and personal seat licenses. While team owners Robert Kraft and Jerry Jones have spoken publicly about the appeal of the Las Vegas market in the abstract, it's the details that will get them to pay attention, and no one knows when they'll see those.

"Mark hasn't brought forward anything for us to consider at this point," Eagles owner Jeffrey Lurie said.

That's likely to Davis' benefit. He is one of the league's least wealthy owners and not among its most influential. Finishing a clear third in the race to Los Angeles a few months back reminded him of that, and his late father's litigious history has been mentioned in a few places as a reason some grudge-holding owners might not want to do the Raiders any favors.

But more than one owner this week said Mark Davis has shown himself to be a willing and patient partner in ways Al Davis didn't always want to be. Just as old aversions to gambling associations as an obstacle to Vegas seem to be fading away, it's not accurate to assume the current group of NFL owners will hold the sins of the father against the current Raider-owning son.

"There may still be some of that in the room," said one high-ranking executive who requested anonymity on the topic of the league's internal politics. "But I don't think it would be enough to stop a move if people were convinced on the merits."

This, as Davis would point out, is far from a "no." Which represents a remarkable step toward the Las Vegas Raiders becoming a reality.

Time was, issues that had nothing to do with market viability or stadium amenities would have killed this in the concept stage. But as Patriots owner Kraft has pointed out, the gambling risk is no longer market-specific. While some of the surveyed owners expressed concern about the risks and temptations that Las Vegas would offer their players and team employees, the more significant concerns are big-picture business focused.

"That's why we're doing studies on that now to determine whether it's viable," Davis said. "We're not looking to make this something where the fans fly in on weekends for games. We want to have a local fan base."

It's on Davis to deliver to the owners a Las Vegas proposal that addresses the issues of viability and sustainability. Those who have spoken to him in recent months say he's absolutely serious about being the first major pro sports owner to put a team in Las Vegas, but there are financial and political hurdles that must be cleared.

The Southern Nevada Tourism Infrastructure Committee met Thursday to debate potential sites and funding for the proposed stadium bill, and the Nevada state legislature could meet in a special session this summer to approve funding. But that approval is no sure thing, as the state could still determine that the proposed $750 million in hotel tax money would be better spent on a convention center expansion. Should that happen, Davis and the Raiders would find themselves having to look elsewhere for stadium funding and, likely, a home.

Even if he gets his money, Davis will face questions about stadium location, practice facility construction, a place to play while the new stadium is being built and the distribution of tickets and PSLs. Will the casinos buy up all the premium seats to distribute them to out-of-town guests? Or is there a way to ensure the lower bowl of the stadium will be packed with actual Raiders fans?

The earliest an NFL team could be playing in a new stadium in Las Vegas is probably 2019. Davis said Tuesday that he's not in a rush because he wants to get this right. He said he's got a one-year lease in Oakland and two one-year options after that. But if, in the course of the next year, he gets approval to move to Vegas in 2019, playing in Oakland in 2017 and 2018 isn't likely a viable option. That could mean they'd have to camp somewhere like San Antonio in the meantime, but it also means the Raiders could be playing in a temporary home such as Sam Boyd Stadium in Las Vegas as early as 2017.

Crazy? Not as crazy as it used to sound. Mark Davis has a lot of things to accomplish before he gets the green light to move the Raiders to Las Vegas. But if the city and state come up with enough money to augment the $500 million he has pledged to the stadium project, and if Davis can deliver his fellow owners a proposal that convinces them this can make them all a ton of money, this could happen relatively soon. It mightnot be a front-burner issue for the NFL right now, but Davis appears to be simmering it at just the right temperature. His mission is to pique the league's appetite so that it matches up with the timing for bringing this all to boil. 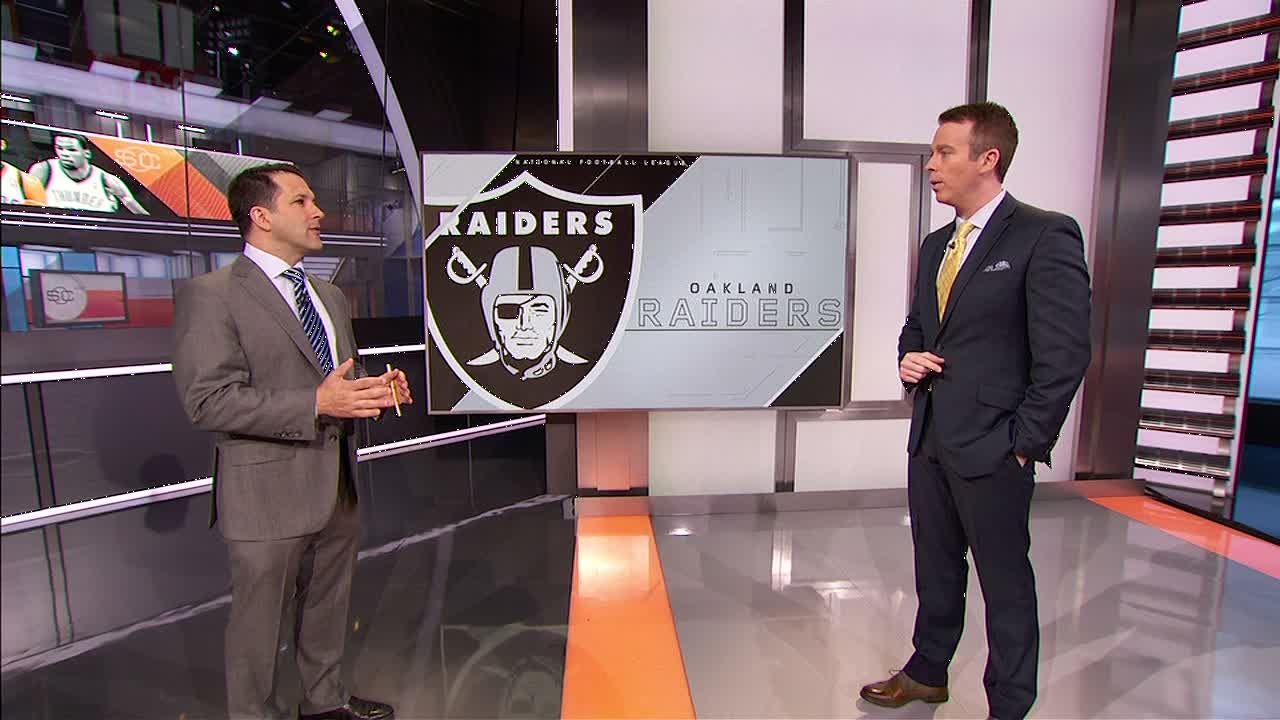 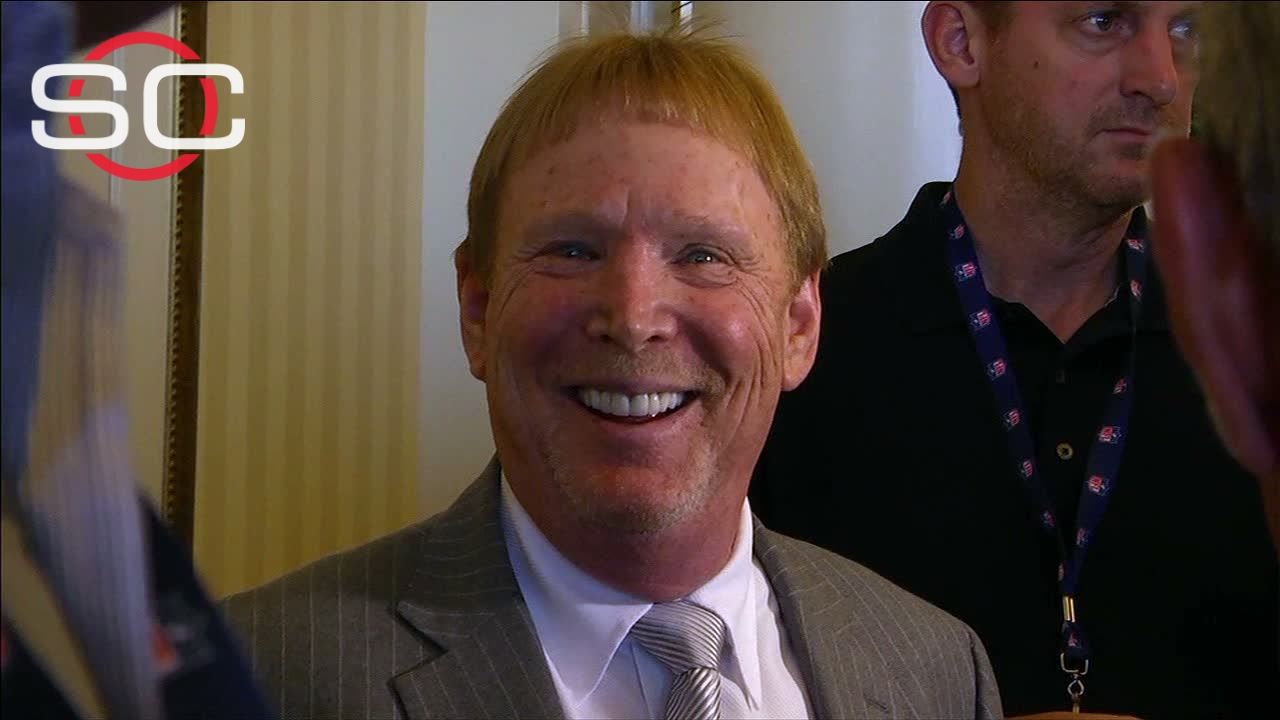 Mark Davis on Vegas: 'I haven't heard anybody say no'
Raiders owner Mark Davis expresses his optimism and commitment to a potential move of the franchise to Las Vegas. 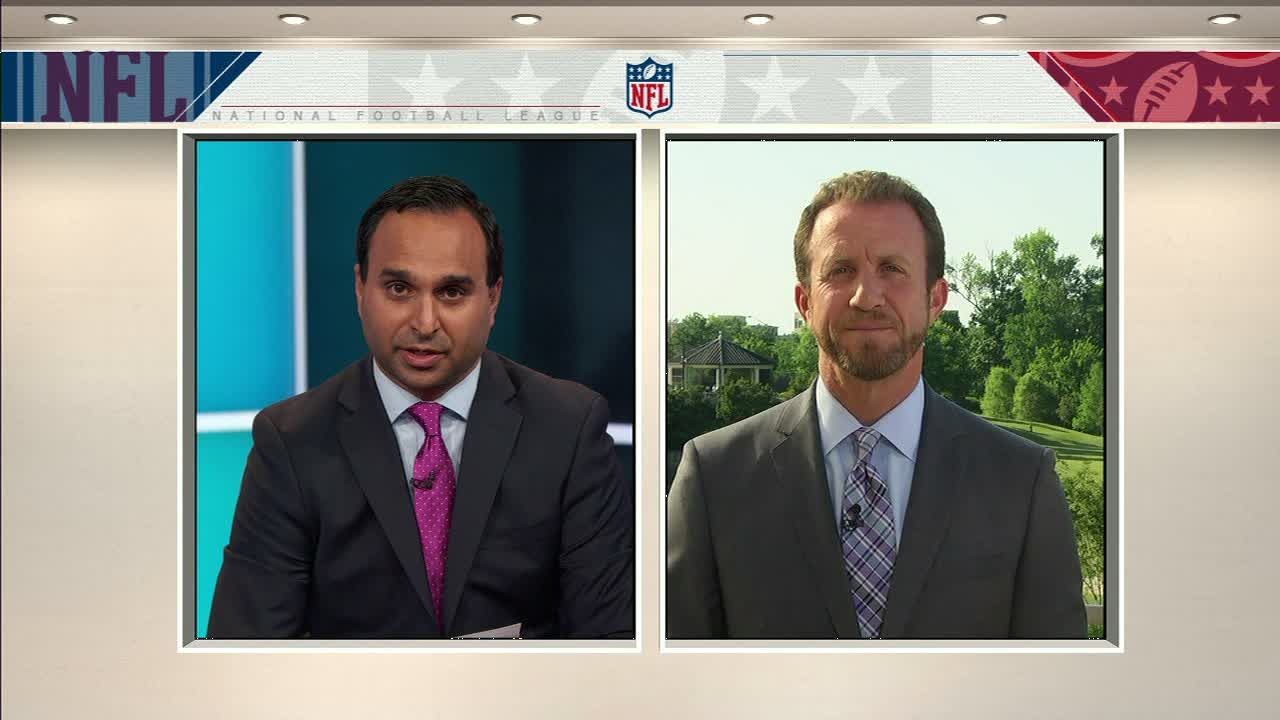