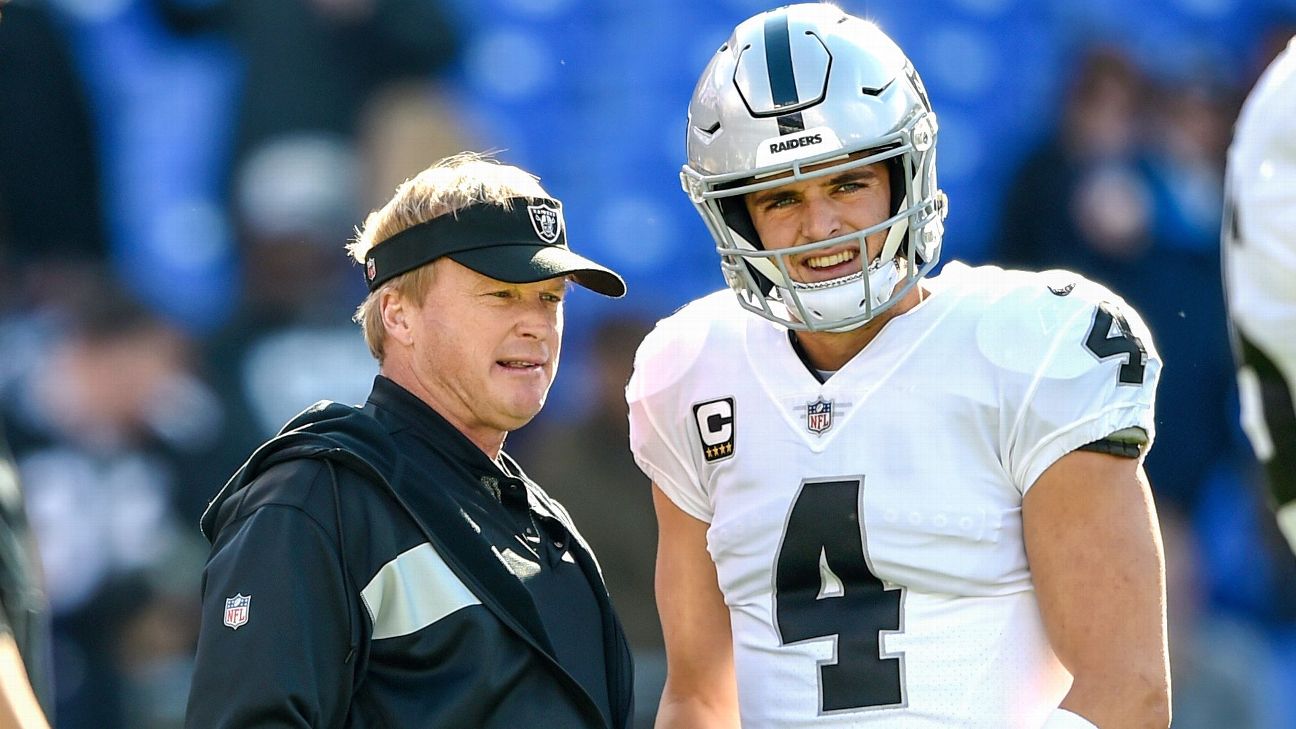 "I really think Derek is a heck of a player and I got a lot of respect for what he has done with some tough circumstances," Gruden told a group of Raiders beat reporters at the NFL combine in Indianapolis.

"So I'm not going to answer every media rumor out there. I just can't do it. I'm just going to listen to my Sirius Rock n' Roll classic vinyl [station] and keep working. But I love what Derek Carr did, love what he brings to our team and anxious to continue to build around him."

Carr, who signed a five-year, $125 million contract extension in June of 2017, has seen his future with the Raiders in question thanks to numerous reports linking the Sin City-bound franchise to potential free agent Tom Brady.

This after Carr completed a career-best 70.4 percent of his passes and threw for a career-high 4,054 yards with 21 touchdown passes and 8 interceptions.

Still, as Mayock referenced Tuesday, while Carr has personal bests and the Raiders were No. 11 in the NFL in total offense and seventh in third-down conversion rate, they were just 24th in scoring.

One issue from the team never truly covered from was the lack of a true No. 1 receiver after Antonio Brown's meltdown in training camp and subsequent release, especially with No. 2 receiver Tyrell Williams dealing with a foot injury that significantly slowed him.

"We felt we added one of the best receivers in the league a year ago, and he had frozen feet," Gruden said of Brown showing up to camp with frostbite after a cryotherapy mishap. "And then we thought we had the best free-agent receiver [in Williams], and he had fried feet from plantar fasciitis. So the feet were a problem for us last year, so we would like to add a great receiver certainly, but we still threw for a lot of yards. As many yards as most teams, and if you're into statistics and analytics we threw the ball well.

"We got a great tight end, we think we got an outstanding young slot receiver. We've got some running backs that can really catch it. There's a lot of ways to throw it these days."

Which leads to the thought that perhaps Carr would be even better with the "right" pieces to complement tight end Darren Waller, slot receiver Hunter Renfrow and running backs Josh Jacobs and Jalen Richard.

"So we've got to continue to improve at that position, and we're set out to do that no matter how we do it." 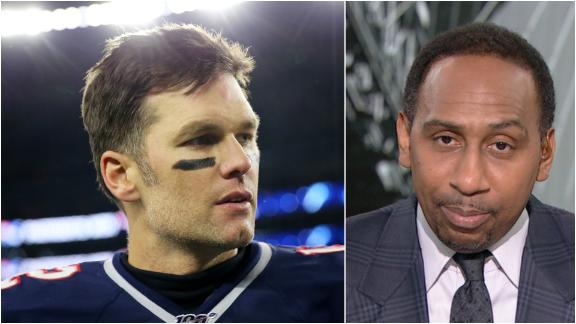