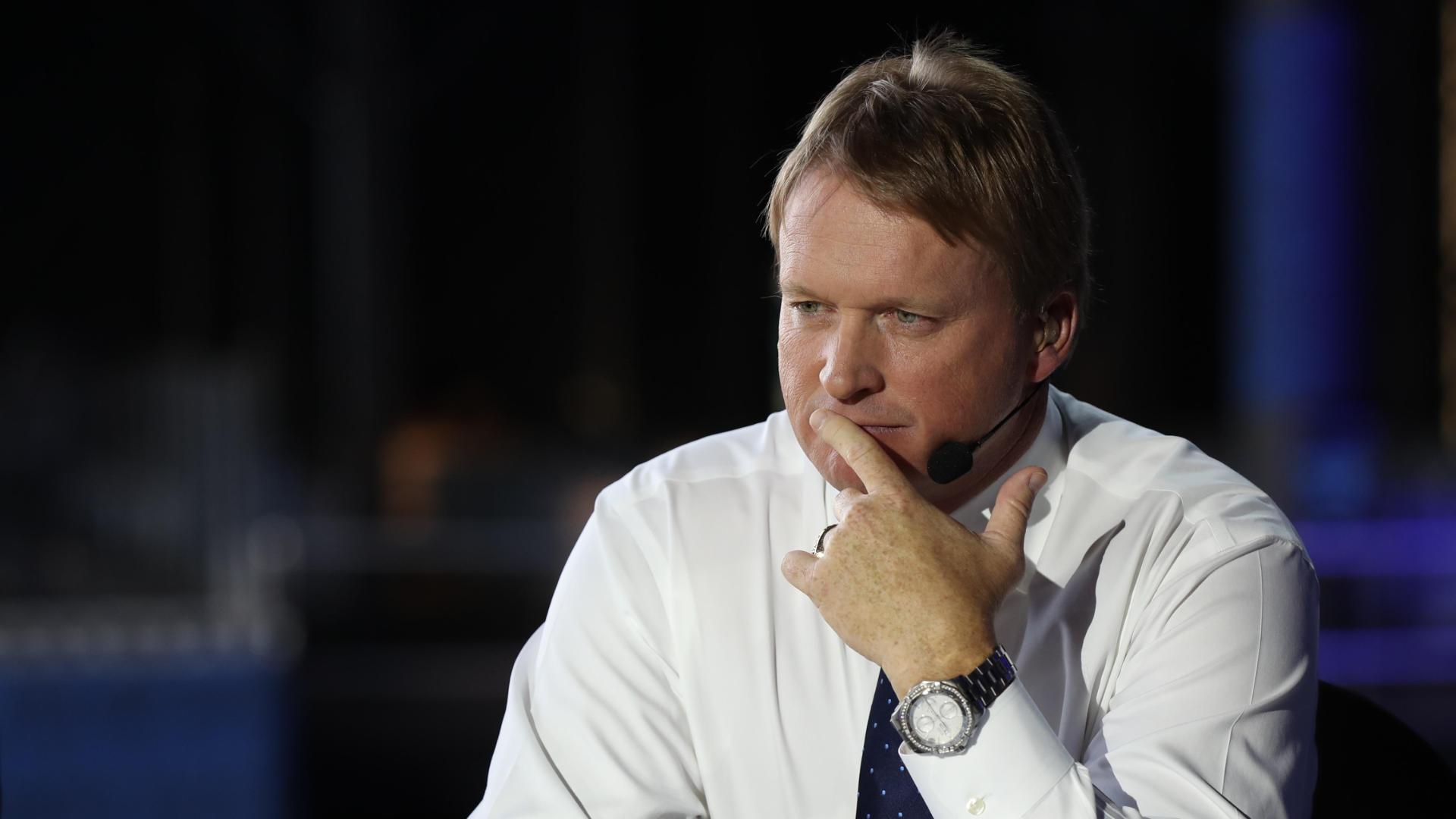 TheOakland Raidersare preparing to pursue ESPN analyst Jon Gruden with an offer so strong it could even include an ownership stake in the team, according to league sources.

Gruden will be tempted to accept the head-coaching job, according to sources, but preferred not to make any decisions before the regular season finished Sunday. Following their Week 17 loss to the Chargers, the Raiders fired head coach Jack Del Rio after three seasons at the helm.

Oakland long has appealed to Gruden for a variety of reasons: He would return to an organization he didn't want to leave in 2001; he would inherit a young quarterback, Derek Carr,whom he feels strongly about; and he would get to coach a team that is slated to move in 2020 to Las Vegas, where he would not have to pay state income tax. Gruden's contract could be backloaded to pay him more in the Nevada years of the deal and lessen his tax burden during his years in California.

Raiders owner Mark Davis has offered Gruden an ownership stake in the past, according to sources, and if Davis were willing to do so again, the contract would have to be approved by all 32 NFL owners.

An ownership source said owners might not be so quick to approve the deal, because they wouldn't want to establish a precedent. The NFL's finance committee also would have to vet Gruden; it would be that body, along with input from several owners, that would be responsible for raising an objection to an ownership clause.

Even if Gruden's deal is not approved because of the ownership condition, his contract could be negotiated in a way that would pay him a commensurate amount if fellow owners or the finance committee did not approve the deal.

There are other complications, as well.

Del Rio's agent, Bob LaMonte, also represents Gruden, leading to what one source described as "a lot of sensitive situations." Plus, Gruden has been unpredictable before, and when some thought he could make the jump to the NFL, he didn't.

But this time, Gruden would be given enough power in Oakland to be able to reshape the front office, coaching staff and entire organization, though there still are some holdovers from when he coached there.

"I don't want to sit here and speculate. ... There is no news to report," Gruden said Saturday. "I can't say I haven't taken any phone calls. I take a lot every year from coaches, some others. ... Yeah, sometimes owners. Guys want to bounce ideas off me. I'm here to help people."

Another source close to the situation said Davis always has held Gruden in high regard, from the time Gruden coached the Raiders from 1998 to 2001 until long after the time that Davis' father, Al, traded Gruden to theTampa Bay Buccaneers. Gruden was in the booth for his final Monday Night Football game of the season last week in Philadelphia, when theEagleshosted the Raiders.

"The owner," one source said about Mark Davis, "has an affinity for him."

And Gruden still has an affinity for coaching. As successful as he has been as an ESPN analyst, providing color commentary for Monday Night Football and helping create Gruden's QB Camp annual specials, many around the league believed it was only a matter of time before he returned to coaching. More and more, it looks as if this is it.

Gruden recently has been calling assistant coaches around the league, trying to piece together a staff, though he has made calls in other years and never acted upon any of the opportunities that have come his way.

Just last year, the Indianapolis Colts met with him. And the Raiders have made other attempts in past years to bring back Gruden, who still is beloved in the Bay Area.

Gruden continues to insist that it is nothing more than talk, as there has been talk in other years about his possible return that didn't come to pass.

But this year does seem to be different. Many sources believe the Raiders are preparing to make an offer so enticing that it will be difficult for Gruden to turn it down. 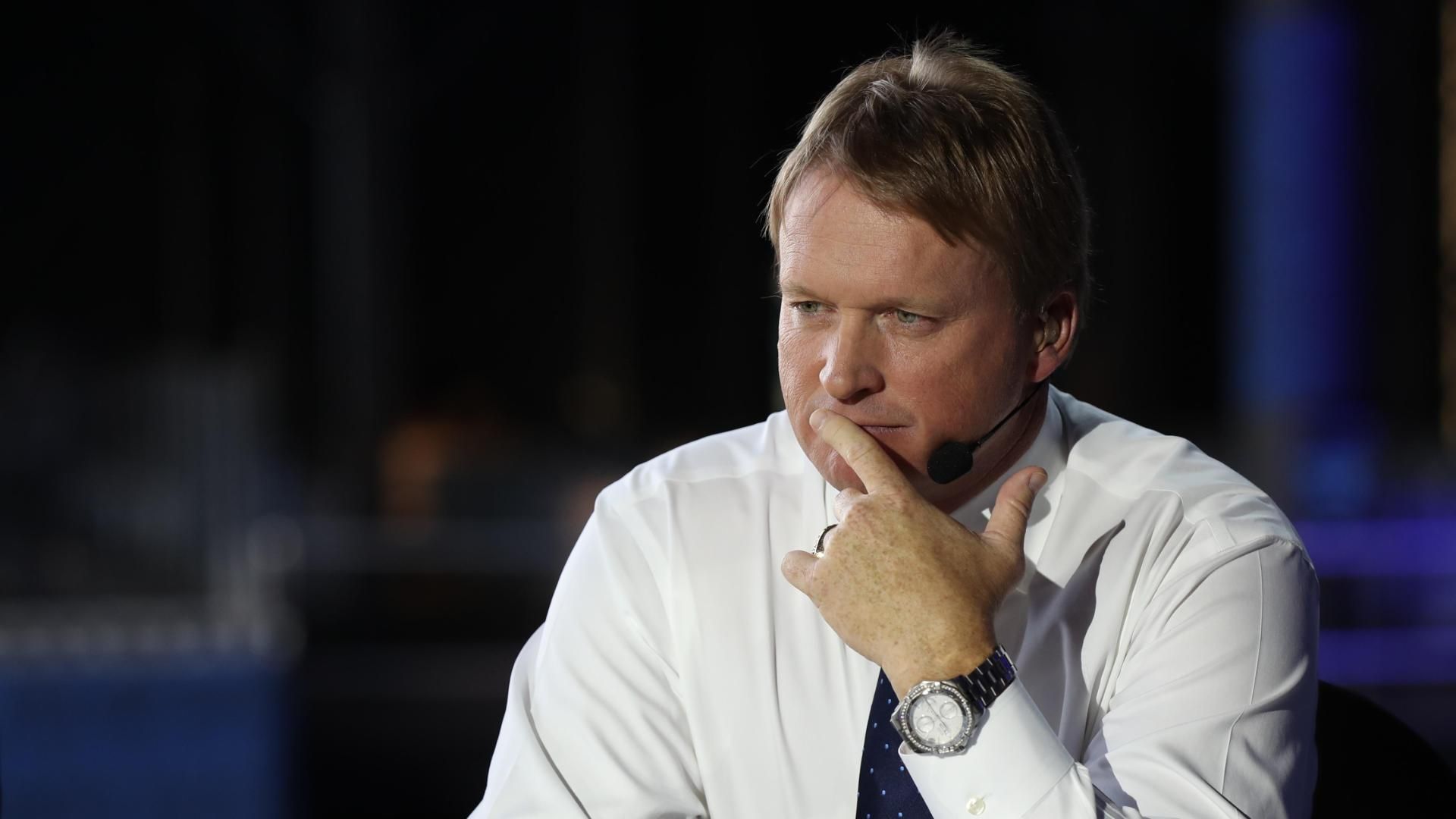