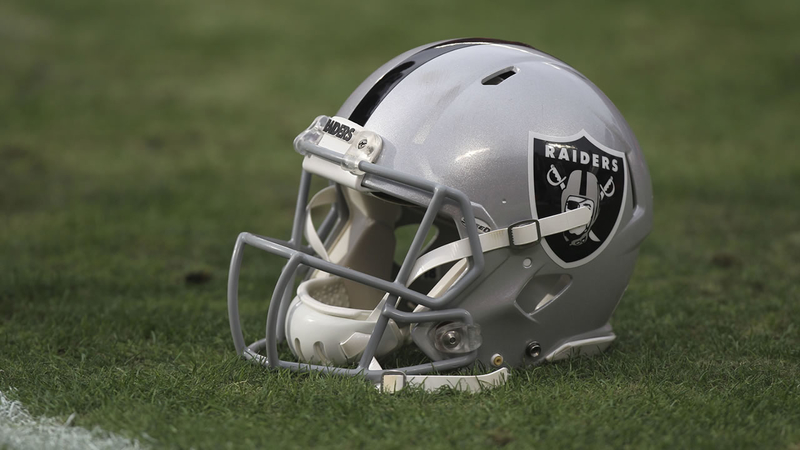 OAKLAND, Calif. (KGO) -- ABC7 is your home for the Oakland Raiders game on Monday against the Denver Broncos, which could be the final one ever at the Coliseum.

The team is set to move to Las Vegas in 2020 but does not have a lease for next year. Oakland city officials are suing the Raiders over the move and the team has threatened to play somewhere else because of it. Gruden said thinking about the end of the Coliseum almost makes him cry, but he can't wait to see what the atmosphere will be like Monday night.

"I get excited thinking about it," he said. "Just raging in the Black Hole. Rocking and raging down there after the Steelers game, after a lot of wins over the years. Seeing a lot of the old highlights of the great Raiders teams. I get excited and I get emotional about it. Hopefully, we get it all resolved where we can continue to play here."

At a Thursday news conference, quarterback Derek Carr described the Coliseum as "home to me."

"I've played on this dirt, got a lot of blood, sweat, tears," he said. "Broke bones out there. Won some great games, had some memories. It's weird to think that this could possibly be the last game. I don't want that. I know I don't. I know our fans don't. With the fact that it could possibly be... I think it's going to be a great atmosphere."

Watch the Raiders face the Broncos on ABC7 at 5 p.m. Christmas Eve.

Take a look at the latest stories and videos about the Oakland Raiders.