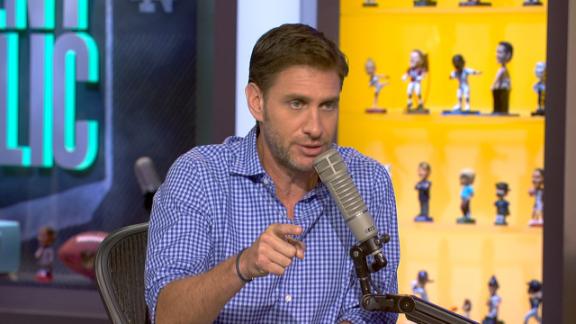 PITTSBURGH -- Steelers player rep Ramon Foster used the news of Le'Veon Bell's three-game NFL suspension over missed drug tests as a chance to foreshadow the players' bigger fight with the NFL about four years from now.

"There are bigger issues than pot," Foster said.

In fact, Foster is urging players to save money now in preparation for a lockout with the NFL over a Collective Bargaining Agreement that will expire after the 2020 season.

He is disenchanted by several issues with the drug policy, including the unnecessary image hits NFL players face that players from other sports leagues don't and an appeal process that is often handled by a sole arbitrator, resulting in varied rulings. Bell's appeal reduced his suspension from four to three games last week.

But insurance, post-career care and revenue are more pressing, which means the players must be willing to sit out games in 2021, Foster said.

"Hit them in the pocket. That way, money always talks," Foster said. "For us to do that, we have to save on our end. We can't be just blowing money and not realize what's coming, especially with guys coming into the league now."

In 2011, the Steelers were the only team to vote against the proposed CBA that eventually passed before the season.

Foster said players around the league must be more prepared after many faced too much financial debt to potentially miss games nearly six years ago.

"It's coming. They've hired certain people on their legal team, the NFL has, and we have to be the type of players and union that's not borrowing money from banks and stuff like that to survive a lockout, a strike," Foster said. "That can't happen this time around. We have to be smarter this time around because there are a lot of things we're going to be fighting for and a lot of things they are going to want and we're going to want, too."

Drug testing has affected the Steelers' on-field product. Wide receiver Martavis Bryant is suspended for the season for multiple failed or missed tests, and Bell had to miss up to three tests to earn a four-game ban.

Players felt in the dark about Bell's looming suspension over the last month. Quarterback Ben Roethlisbegrer said "we don't always know what's going on" with the process and the NFL often does things that "none of us have answers for."

The way Foster sees it, other sports leagues keep these player issues in-house but NFL players are "all over ESPN, Fox, the whole nine" when one fails a test.

"Every situation has been different. Not one person has had the same penalty," said Foster about drug testing suspensions and appeals. "It's always how the person is feeling who's handing down the execution. It needs to be refined. It can't just go through one person."
Related topics:
sportsespnnflramon fostermartavis bryantleveon bellpittsburgh steelers
Copyright © 2020 ESPN Internet Ventures. All rights reserved.
More Videos
From CNN Newsource affiliates
TOP STORIES
SF CEO's racist rant at Carmel Valley restaurant caught on camera