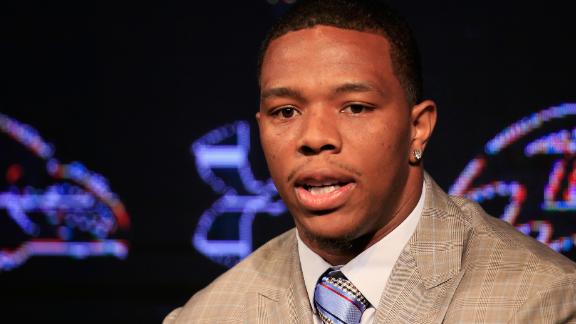 OWINGS MILLS, Md. -- Baltimore Ravens coach John Harbaugh said Thursday he is "very concerned" about the series of off-the-field incidents that have hurt the image of the team.

Rookie running back Lorenzo Taliaferro became the fourth Ravens player arrested this offseason after he allegedly broke the window of a taxi cab on Saturday.

And TMZ reported that three Ravens players -- wide receiver Jacoby Jones, running back Bernard Pierce and cornerback Jimmy Smith -- were asked to leave a Maryland bar over Memorial Day weekend for being intoxicated.

"I'm disappointed in some of the silliness that has gone on," Harbaugh said after a Ravens offseason practice. "Your spot is never guaranteed on any football team or any job. I think you have to know how you carry yourself and handle yourself is going to be reflected in how successful you are and how many opportunities you get to do your job. Our guys need to understand that."

By Harbaugh's estimation, many of the problems are "90 percent alcohol and another percentage of marijuana." He suggested that world-class athletes should avoid late-night partying.

"That is not what I would call effective training method right there to go out and drink too much," Harbaugh said. "We expect those guys to chase a high standard and we're going to do everything we can to hold them accountable."

The Ravens had three players arrested in a 22-day span earlier this offseason:

• Running back Ray Rice was arrested for simple assault on Feb. 15. He has since been accepted into a pretrial intervention program to avoid prosecution.

• Backup wide receiver Deonte Thompson was arrested for possession of marijuana on Feb. 21. The charges were later dropped.

• Backup offensive lineman Jah Reid was arrested on two misdemeanor charges of battery after a bar fight on March 9. His court date is next month.

Harbaugh has taken a lot of pride in how he transformed the Ravens' bad-boy reputation since taking over as coach in 2008. He even stopped using all-black uniforms for a couple of seasons because of the image it presented.

Harbaugh said he spoke to his team Tuesday about the importance of character to the Ravens.

"We think everything that you do off the field has an impact on what you do on the field, and vice versa," Harbaugh said. "Discipline is not a like a light switch. You can't walk out of this building, and all of a sudden, turn it off and walk back and turn it on.

"Discipline is a way of life. It's pretty hard to be successful in any walk of life without great self-discipline. When [a lack of discipline] starts showing up in other areas of your life, to me that's a major red flag for where you're going as a football player."

Harbaugh said he doesn't expect his players to be perfect, but he reiterated that the team doesn't stand for those who make repeated mistakes.

"At some point in time, your mistakes begin to impact us in a negative way," Harbaugh said. "When the negativity overbalances your ability to help our football team, you're not going to be here anymore. Or if we can't trust your character, then you can't be a part of what we're doing anymore."