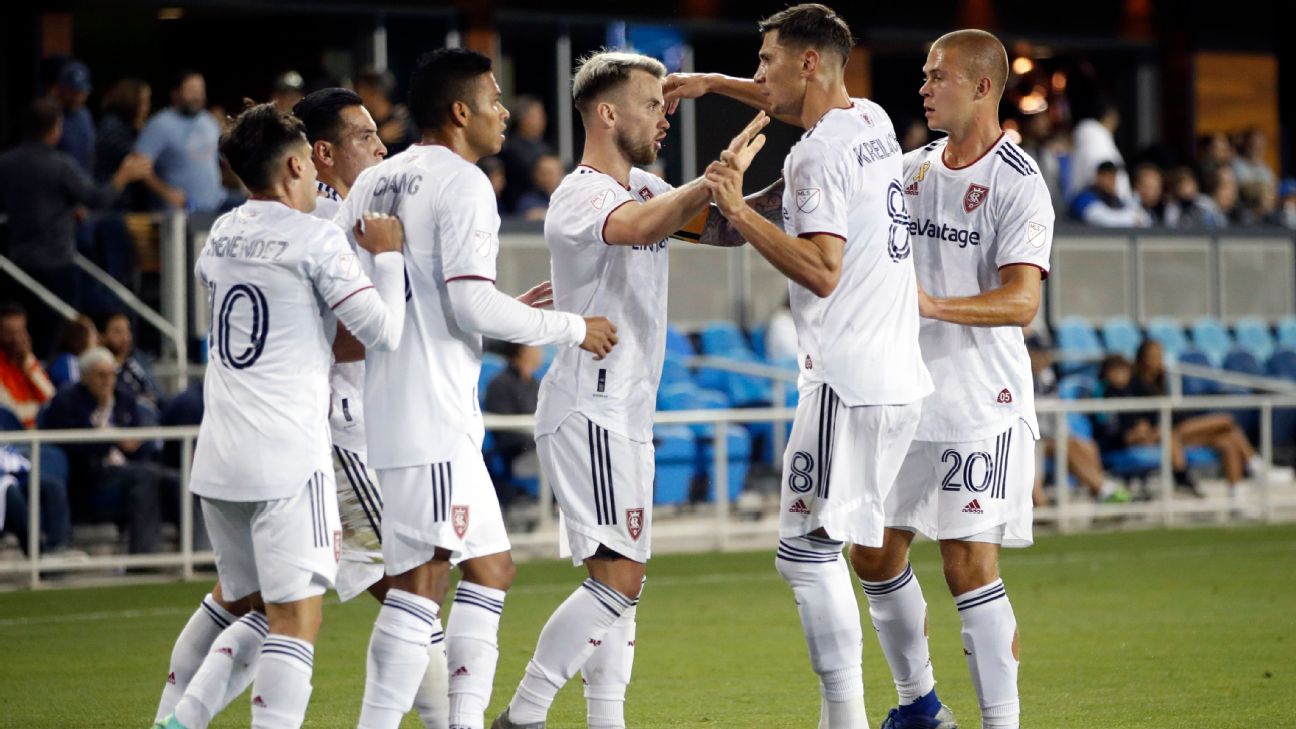 
Javier "Chofis" Lopez recorded the hat trick but couldn't get the Earthquakes (6-9-9, 27 points) in the victory column.

Rubin scored the decisive goal in the 81st minute when he received a pass from Rusnak and sent a left-footed shot past Earthquakes goalkeeper JT Marcinkowski. Rubin has seven goals on the season.


Salt Lake goalkeeper David Ochoa made three saves, including stellar ones on Jackson Yueill's right-footer in the first minute of second-half stoppage time and Oswaldo Alanis' left-footed blast in the ninth and final minute of stoppage time.

Marcinkowski made nine saves as Salt Lake put 13 of 18 shots on target. San Jose placed six of 14 on target.

Lopez gave San Jose a 3-2 lead in the 65th minute by sending a corner kick into the net.

Lopez sent a left-footed bending shot that snuck into the front corner of the net despite the presence of Ochoa and midfielder Pablo Ruiz. The ball struck Ortiz's hand while going in for Lopez's eighth goal of the campaign.

Real Salt Lake knotted the score six minutes later when Meram scored on a header that deflected off Alanis on its way to the net. It was Meram's second goal of the season.


Lopez gave San Jose a 1-0 lead in the 26th minute when he sent a left-footed shot into the left corner of the net.

Salt Lake knotted the score in the second minute of first-half stoppage time. Damir Kreilach's header was stopped by Marcinkowski but the ball bounced off Rubin's chest and into the net.

Both teams scored goals in the first five minutes of the second half.

Ruiz set up Rusnak, who sent a hard right-footer into the net to give Salt Lake a 2-1 lead in the 49th minute. The goal was Rusnak's seventh of the season.

One minute later, Lopez eluded three defenders on a run and Ortiz came out to shorten the angle. But Lopez easily sent a left-footed shot past him to tie it. 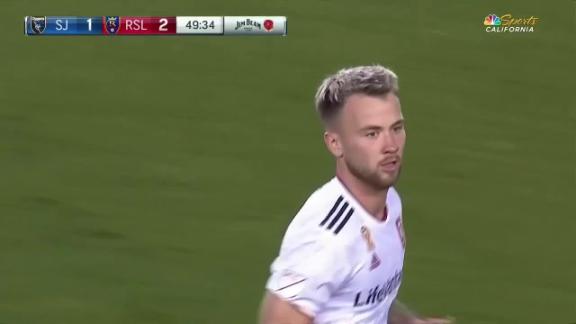