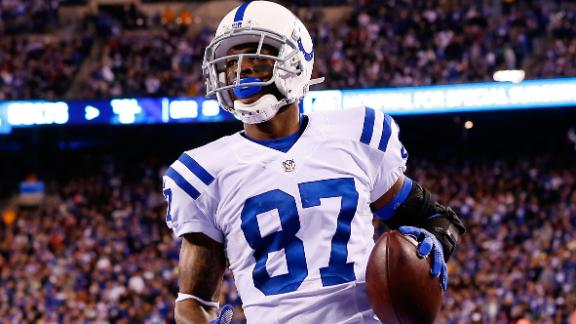 INDIANAPOLIS -- Reggie Wayne was hoping to sign a one-year contract with the Indianapolis Colts and then retire, a source told ESPN.com.

The Colts and Wayne never reached the stage where money was discussed, according to the source, and the team announced Friday that they would not be re-signing the receiver, who spent his entire 14-year career with the organization.

"When he first took the field with us in 2001, we knew this day would eventually arrive. That reality is one of the things that makes pro football such a tough business," Colts owner Jim Irsay said Friday. "We feel this decision is in the best interests of the team and for Reggie as it will allow him to seek a better opportunity for playing time elsewhere if he so chooses."

Wayne said multiple times last season that he could not see himself playing for another team. But now, according to the source, Wayne is open to the possibility to continuing his career elsewhere.

Wayne had triceps surgery and had his knee -- which he'd had ACL surgery on in October 2013 -- cleaned out earlier in the offseason.

Colts Move On From Reggie Wayne
Adam Schefter discusses the news that the Colts will not re-sign WR Reggie Wayne and explores other options for the team and Wayne.