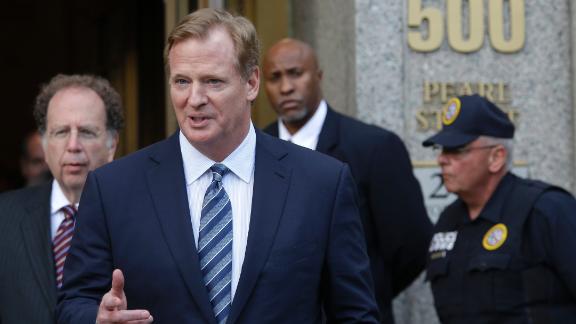 NFL owners plan to talk about possibly changing commissioner Roger Goodell's role in the disciplining of players, the Washington Post is reporting, citing several people familiar with the situation.

The report comes the day after a federal judge erased New England Patriots quarterback Tom Brady's four-game suspension for the Deflategate controversy that the NFL claimed threatened football's integrity. The outcome in favor of Brady was taken as a signal that Goodell's responsibilities in the disciplinary process were ripe for change.

"There will certainly be discussion about that," the Post quoted an NFL owner as saying. The unnamed owner added he was "not sure where it will lead."

The NFL, which has frequently made changes to its disciplinary procedures, has not yet scheduled or planned a special meeting to discuss Goodell's role in discipline, sources told ESPN's Ed Werder.

In his ruling, Berman addressed the NFL's "broad" policy against conduct detrimental to the league, calling it "legally misplaced." He specifically referenced the Peterson and Rice cases, noting that in both, the players were disciplined only "after findings were made under the specific domestic violence policy."

An NFL Players Association source told ESPN's Werder of possible ramifications of Goodell having yet another decision on discipline overturned by a judge: "Hopefully the owners will engage us in a process for meaningful change."

Carter: NFL should focus on finding truth, not protecting shield
ESPN NFL analyst Cris Carter says the NFL is too focused on protecting its shield and not pursuing the truth as it should.