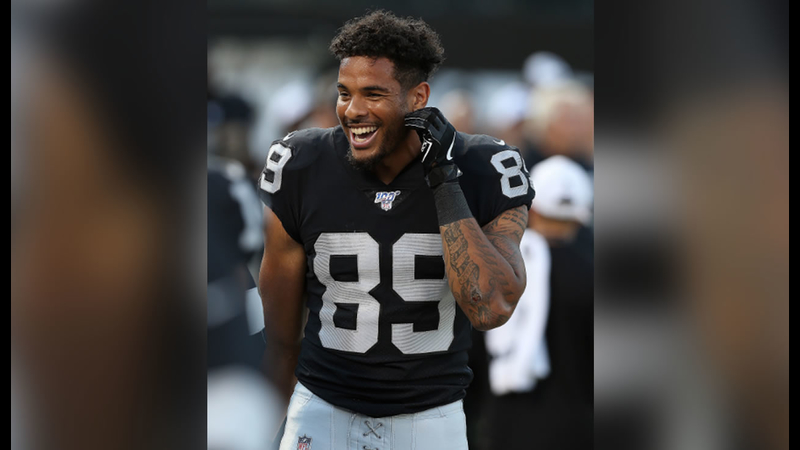 Doss, 23, was cut from Oakland's 53 man roster before the unexpected release of Antontio Brown.

VIDEO: Antonio Brown's bizarre summer as a Raider summed up in 2 minutes

Despite being a standout wide receiver on "Hard Knocks", the organization let him go under the vision that Brown would be their go-to receiver, complimented by ex-charger Tyrell Williams and 5th-round draft pick from Clemson University, Hunter Renfrow.

Doss ended up on the Jacksonville Jaguars' practice squad, until the Raiders came back with an offer he couldn't refuse, according to NFL Network.

Looks like @keelandoss is headed back to the @Raiders via @MikeGarafolo https://t.co/uvS3Qu6wdA

The Raiders reportedly offered the undrafted rookie a $300,000 signing bonus and a fully guaranteed $495,000 base salary.

Doss went to Alameda High School, left UC Davis with his name all over the Aggie Football record books, and during this NFL pre-season, he caught 17 receptions on 26 targets for 162 yards (averaging 9.5 yards a catch) and one touchdown.

He won't be eligible for the Monday night home opener against the Denver Broncos, but according to the reports, he is all set to be on the active roster in two days.