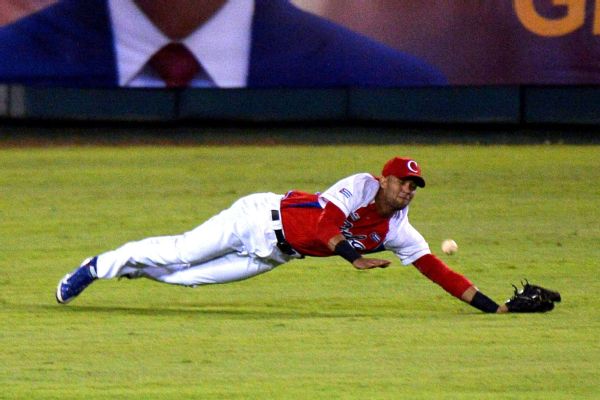 Multiple outlets reported that Morales agreed to a three-year, $33 million deal with the Blue Jays. Gurriel, who defected from Cuba in February, signed a seven-year, $22 million deal, which was first reported by MLB.com.

The 33-year-old Morales declined his mutual option with the Kansas City Royals after hitting .263 with 30 home runs and 93 RBIs as the team's designated hitter this season.

Gurriel, 23, defected along with his older brother, 32-year-oldYulieski Gurriel, during the Caribbean Series in the Dominican Republic in February. Yulieski Gurriel signed a five-year, $48 million deal with the Houston Astros in July, and he hit three home runs and had 15 RBIs in 130 at-bats this season.