Revis: 'Between me and Coach' 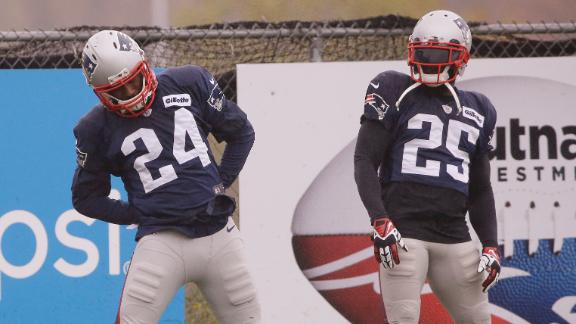 After playing Thursday night against Revis' former team, the New York Jets, Patriots players were given the weekend off before returning to practice Tuesday. The players were to meet at 7:30 a.m. ET, and Revis was not present.

According to the sources, Revis was sent home by Belichick, an assertion previously reported by The Boston Globe.

The Boston Herald reported Revis missed practice after oversleeping but was told to stay home instead of showing up late. Revis appeared at Gillette Stadium later in the day after his teammates had left, when he met privately with Belichick and apologized, according to the Herald report.

Revis was asked about his absence from Tuesday's practice in the locker room Wednesday.

"Between me and Coach," Revis said. "Talk to him about it."

Belichick was not asked about Revis' absence during his Wednesday morning news conference.

The Globe report cited a source saying Revis accepted being sent home and understands that Belichick's rules apply to everyone. In the past, Belichick has sent players home, including former linebacker Adalius Thomas and star wide receiver Randy Moss.

The most recent player to be sent home for tardiness was linebacker Brandon Spikes, who is now with the Buffalo Bills. Spikes missed a practice after arriving late to a team meeting during a snowstorm. Spikes tweeted a picture of his snow-covered car when the incident occurred.

Because the Patriots have a longer week to prepare for this Sunday's game against the Chicago Bears, the team is practicing four days instead of the usual three. The Patriots were not required to put out an injury report for Tuesday's practice or explain why any players were absent.

Revis was at practice Wednesday and in full pads.

Information from ESPNBoston.com contributor Lee Schechter was used in this report.

Revis Dismissed From Practice
Mike Reiss talks about Darrelle Revis being dismissed from practice for tardiness.