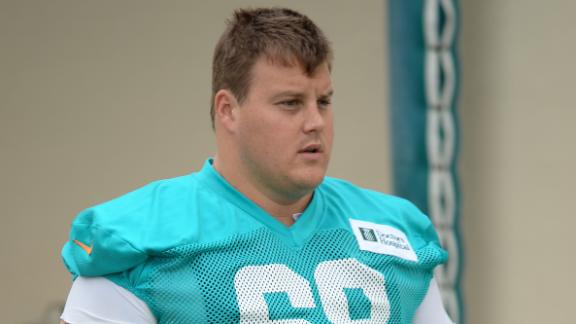 Richie Incognito is visiting the Tampa Bay Buccaneers on Monday in his first trip to a team's facility since he was implicated in the Jonathan Martin bullying scandal with the Miami Dolphins last season.

Incognito's visit will take place later Monday. A team official told ESPN.com's Pat Yasinskas that the Buccaneers are doing their due diligence and a signing isn't necessarily imminent.

"I'm going on the facts right now. The facts are we're bringing him in for a visit. So, guys, there's nothing else for me to talk about or tell you from there. We evaluate all prospects. He's a prospect and we're looking at him," coach Lovie Smith said Monday.

An NFL investigation determined Incognito and two other Dolphins offensive linemen (John Jerry, Mike Pouncey) engaged in persistent harassment of Martin, who left the team in October. Incognito was suspended and missed the final eight games. He became a free agent when his contract with the Dolphins expired.

Smith said he believes in second chances and wants to talk to Incognito himself.

"To me, nobody should have a death sentence. If you should, you're probably in jail," he said. "From there, what does it hurt to talk to someone? For me, as we go forward, I'm not holier than thou. I'm going to give everybody the benefit of the doubt until I have information that tells me otherwise."

Both quarterback Josh McCown and defensive tackle Gerald McCoy said Monday that there wouldn't be a problem in the locker room if Incognito is signed.

"I don't care. As long as he can help us win, that's all I'm concerned about. If there's a problem, then we'll deal with it accordingly," McCoy said. "But as long as he's doing what he's supposed to be doing in the building, then I'm not concerned about anything else."

"No matter who it is, if anybody becomes an addition to our team, the thing that Lovie always talks about is embracing them and making them feel like one of us," McCown said.

The 31-year-old Incognito, an offensive guard, has played in 102 games (all starts) over eight seasons with the Dolphins, Buffalo Bills and St. Louis Rams, who selected him in the third round of the 2005 draft.

Earlier this year, NFL commissioner Roger Goodell said the three players named in the league's investigation into the Dolphins bullying scandal must be evaluated by medical professionals and complete treatment before they will be allowed to return to the playing field.

Goodell said earlier this month during the Pro Football Hall of Fame weekend that all three players have fulfilled league requirements so far.

Jerry, who also became a free agent after last season, has since signed with the New York Giants. Pouncey is the only one among the three named players to remain with Miami.

Martin was traded to the San Francisco 49ers.

Information from ESPN.com's Jeff Legwold is included in this report.