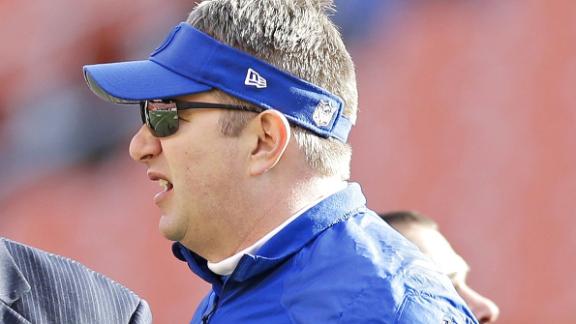 INDIANAPOLIS -- Rob Chudzinski is officially off the market for coordinator positions around the NFL.

The Colts named Chudzinski as their associate head coach Tuesday, announcing a deal that will keep the coveted former Browns coach in Indianapolis.

Chudzinski had been mentioned as a candidate for offensive coordinator positions with the Rams and 49ers, but Colts general manager Ryan Grigson had denied teams permission to interview him.

"We're excited to keep Chud in our family," Colts coach Chuck Pagano said in a statement. "He's been a critical part of our operation and we're looking forward to sharing even more success in the future."

Chudzinski, who was fired by the Browns after only one season as their coach in 2013, spent last season as special assistant to the head coach with the Colts. He and Pagano worked together at the University of Miami.