Rockets get everything they need to top Warriors, even series 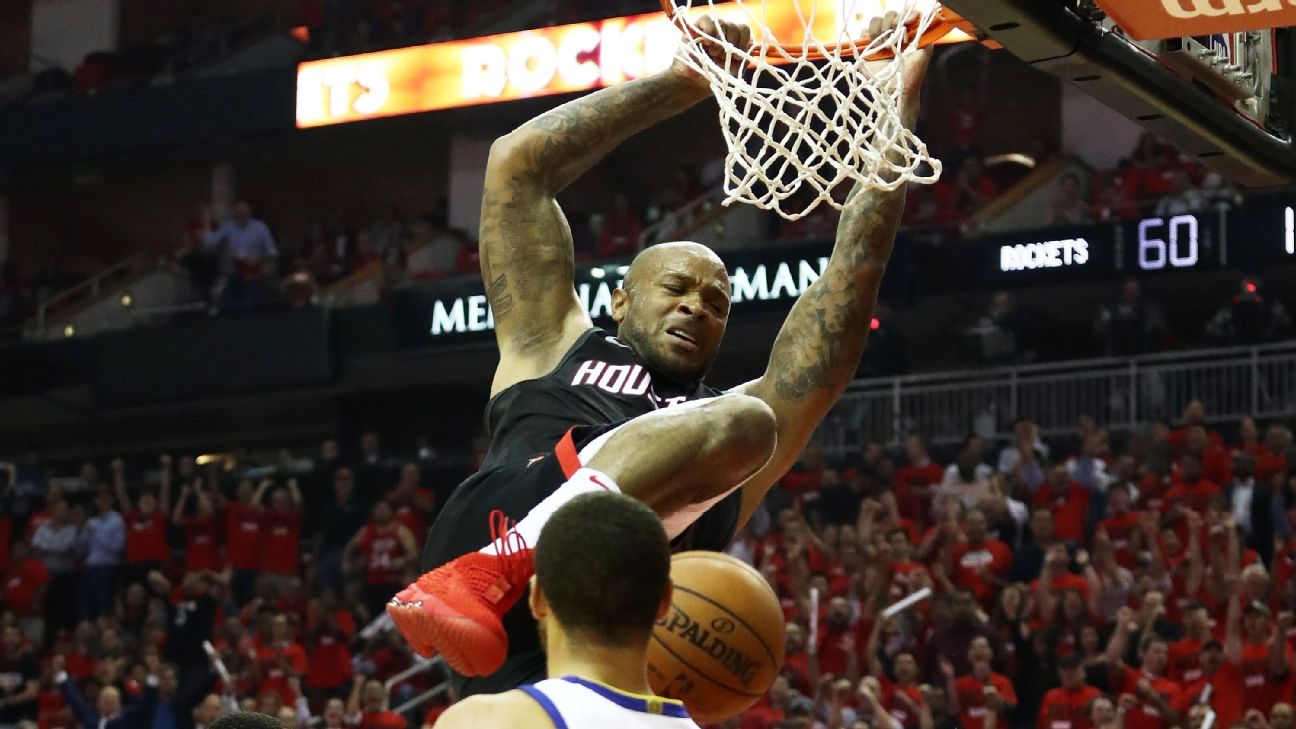 HOUSTON -- A balanced scoring effort, career-high contributions from their non-stars and lackadaisical sloppiness/off-target shooting from their opponent -- the Houston Rockets received little to none of the above in their Game 1 Western Conference finals loss to the Golden State Warriors.

But two days later, the Rockets checked off every box required to even the series against the defending champions, winning a resounding 127-105 blowout Wednesday at the Toyota Center.

Behind a playoff career-high 22 points from forward PJ Tucker, and with 27 points off the bench from guard Eric Gordon, the NBA-best Rockets led by as many as 29 points in the second half, the largest deficit Golden State has faced this postseason.

All told, Ariza, Tucker and Gordon combined for 68 points after combining for just 24 in Game 1.

Houston's steamrolling win came at the hands of an overall slipshod performance from the Warriors, who tallied just nine turnovers in Game 1 but recorded five in Wednesday's first five minutes, setting the table for a rough night. The Warriors notched 10 turnovers in the first half and finished with 15, which led to as many Houston points.

And aside from star swingman Kevin Durant, who carried his team with a game-high 38 points, few other Warriors offered much in the way of scoring -- or much else.

Curry struggled mightily once again, missing his first six 3-pointers after shooting 1-of-5 from beyond the arc in Game 1.

Curry shot just 7-of-19 and missed 7 of 8 3-point attempts. He also had seven assists and seven rebounds. As expected, the Rockets targeted Curry early and often on defense, making him the primary defender a team-high 23 times, the most of any game he has played in this postseason, according to ESPN Stats & Information.

On many of those plays, Curry was matched up against Chris Paul (16 points, six assists) or James Harden (27 points, 10 rebounds). After missing the final 10 games of the regular season with a left knee strain before returning to action in the second round of the playoffs against New Orleans, Curry appears limited in terms of his mobility.

Curry -- who is 2-of-13 from 3-point range in this series -- and Durant were the only Warriors who scored in double figures in Game 2.

Tucker came up huge for the Rockets after scoring just one point in Game 1, making 5 of 6 from 3-point range -- and all his makes came from the corner, which registered as the most made corner 3-pointers by any player this postseason, according to ESPN Stats & Info.

Game 3 is Sunday in Oakland, California, where the Warriors have won 15 consecutive games, tied with the 1990-91 Chicago Bulls for the longest home win streak in postseason history.