Sam Shields released by Packers after series of concussions 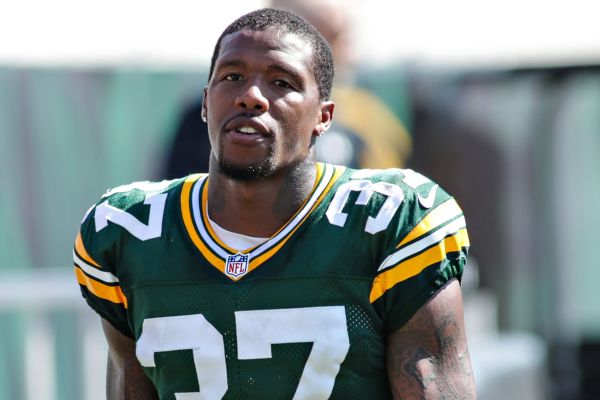 GREEN BAY, Wis. -- The concussion that ended Sam Shields' 2016 season has also ended his tenure with the Packers. The veteran cornerback was released on Wednesday, he posted on his Instagram account.

The Packers announced the move later Wednesday, with a failed physical designation.

Shields, 29, missed all but the opening game last season. He suffered the fourth known concussion of his NFL career on Sept. 11 against the Jacksonville Jaguars and never returned. That came nine months after a concussion kept him out for a month late in the 2015 season. Over the past two years, he has played in just two of a possible 23 games, including the playoffs. Shields had one season left on the four-year, $39 million contract he signed in 2014.

According to a source, Shields does not intend to retire and plans to continue his career.

Last month, Shields said he was still experiencing headaches from his latest concussion.

"Some days it's tough headaches, some days it's mild," he said during an interview in Atlanta following the NFC Championship Game. "It varies. I never know. I'm so used to it that it's just normal. Like I said, each day it's getting better. I'll be back."

Shields had been at home in Florida since he was arrested in Green Bay in October on drug charges, but he rejoined the team for the NFC title game.

At that time, he said he intended to play again but indicated that he understood it might not be with the Packers.

"I'm thinking it's not over," Shields said. "I've still got more in me. But like I said, I'm going through this, what I've got to go through. Just take it one day at a time."

When asked why he wants to continue to play given the dangers of concussions, Shields said, "I understand why you ask that. I don't know. I just love the game, man, and I feel that I can get back out there and play. If not, then not. But right now it's just day by day."

Packers coach Mike McCarthy said shortly after the season that Shields still had not been cleared.

"I think we can all focus on Sam getting healthy," McCarthy said in his season wrap-up news conference on Jan. 26. "Having a chance to visit with Sam in Atlanta briefly, he needs to get healthy for himself and his family. That's the primary focus."

Shields' release came a day after the Packers cut running back James Starks with the non-football injury designation.

The Packers have picked up $12 million in salary-cap space over the past two days. By releasing Shields, the Packers saved $9 million on this season's salary cap. They will have to count $3.125 million -- his remaining prorated signing bonus -- on this year's cap.