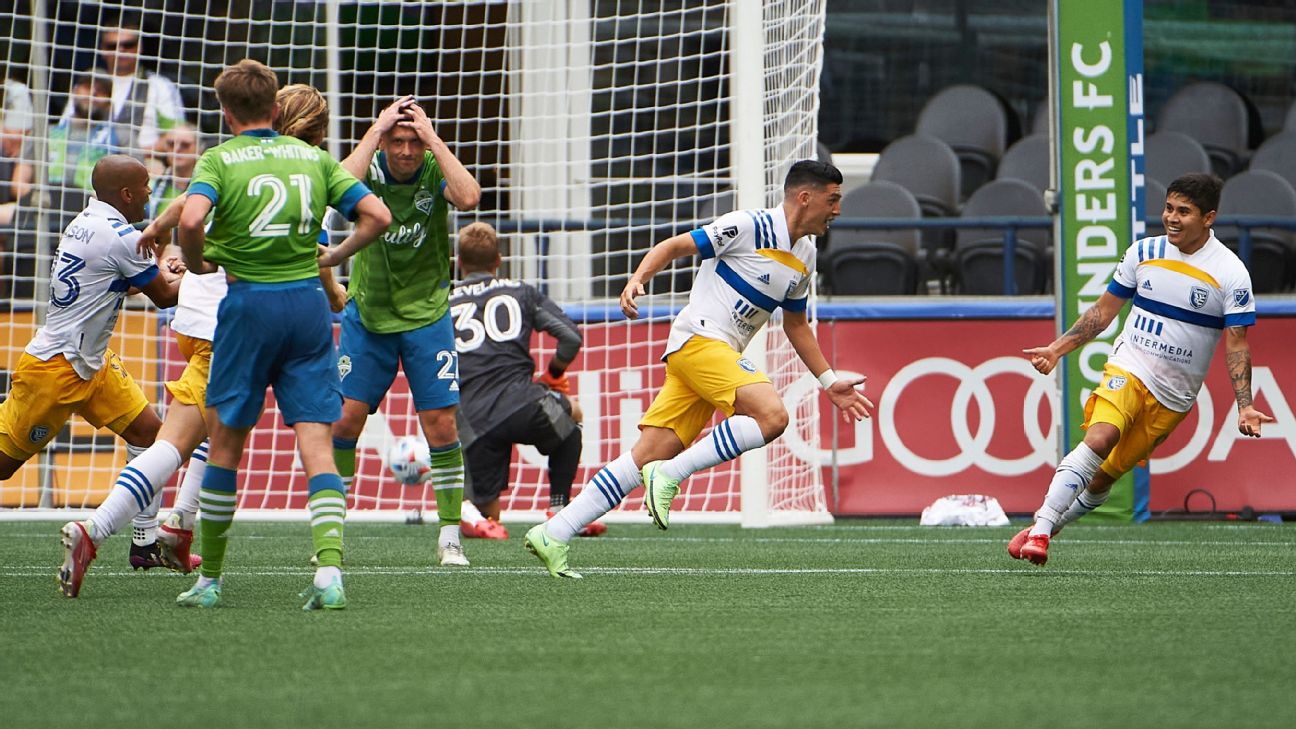 Goalkeeper JT Marcinkowski made three saves in posting the shutout for the Earthquakes (4-7-5, 17 points), who earned their first victory since May 7.


The Earthquakes also beat the Sounders for the first time since September 2015, snapping a 14-game run.

The Sounders (9-3-5, 32 points), have lost three of their past four games after a 13-game unbeaten streak, a league record for the start of a season. That includes two consecutive defeats at home after 17 straight without a loss.

Espinoza's goal came after an attempted Seattle clearance was headed back toward the Sounders' end by Florian Jungwirth.

Espinoza gathered the ball about 30 yards out from the goal. He made his way past one defender, froze two others with a deke and put a left-footed shot from just outside the top of the 18-yard box through the legs of another and just out of the reach of diving goalkeeper Stefan Cleveland and inside the right post. It was San Jose's lone shot on goal in the half.


Marcinkowski made two sterling saves in the first half to keep it scoreless.

In the 27th minute, Kelyn Rowe made a cross from the right wing to Raul Ruidiaz, the MLS goal-scoring leader, at the top of the 6-yard box. Ruidiaz's one-timer forced Marcinkowski to make a leaping save, getting one hand on the ball to knock it over the crossbar.

In the 34th minute, Ruidiaz took a long lead pass at the top of the 18-yard box and fed 16-year-old Reed Baker-Whiting. His shot from 12 yards out forced Marinchowski into a diving save.

The Earthquakes appeared to put the game out of reach when substitute Chris Wondolowski, the league's career goal-scoring leader, put the ball in the net in the 89th minute. But video review determined the ball had gone out of bounds before it reached Wondolowski. 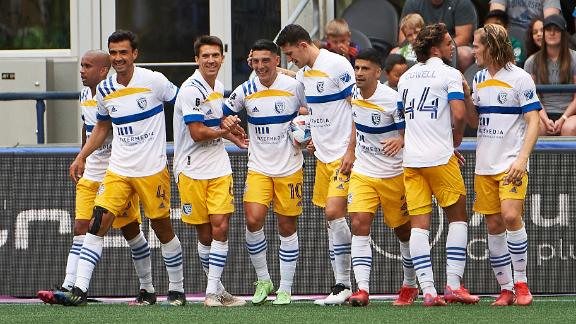