Scott: Kobe has 'shown me enough' 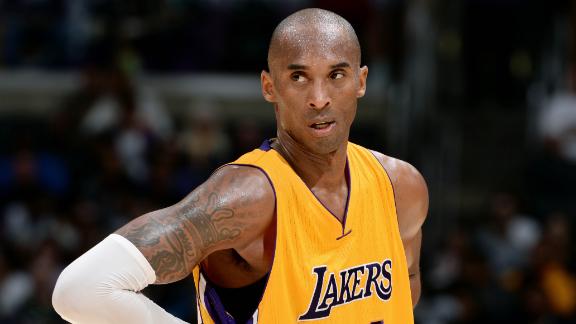 Bryant did not play in the Lakers' 94-86 win over the Portland Trail Blazers on Wednesday night. The Lakers also face the Sacramento Kings on Friday.

"I just think he needs some rest," Scott said before Wednesday's game. "I think he's shown me enough. I think we're all pretty happy with where he is."

"I think each game I wanted to see if he just got stronger," Scott said. "That's why the last couple games I've been playing him more in the second half -- later in the second quarters and later in the fourth quarters, just seeing how his body would react. From what I saw the last couple games, he's getting that lift. He just looked strong down the stretch, and I thought that was important.

"Like I said, endurance-wise I think he's there. He's in great physical condition. So these last two games, it was more of let's rest it and let's be happy with that, and then we'll move forward and get ready with the four days of work we have to do to get ready for Houston."

Scott won't publicly specify Bryant's minutes limit, but the fact that he pulled him out early in overtime of the loss to the Suns suggests it's in the early 30s. Scott remains ambiguous, saying, "Between 30 and 40. Between 30 and 40."

Asked whether Bryant had a problem with sitting out two games, Scott shot down the notion that there was any disagreement but suggested things might have been different if the stakes were higher.

"He was OK with it," Scott said. "I think if it was the regular season, it might have been a little different, but he was OK with it. He understands what the goal is. Obviously the goal was to get off to a good start as far as he's concerned, build up his minutes and endurance and everything, and go from there."

Bryant's absence also will give rookie Jordan Clarkson, who is returning from a sprained calf, a chance to impress Scott and potentially earn a spot in the rotation.

"In these last two games, Jordan Clarkson needs some time," Scott said. "So I'm trying to see our rotations and see some other guys because all of the injuries that we've had."

Despite Clarkson's being cleared to play, Scott planned on monitoring his minutes and easing him back into the lineup. Clarkson played 15 minutes against the Trail Blazers and scored six points.

As for any minutes restrictions on the rest of the roster because of the Lakers' playing a back-to-back, Scott joked: "No. Everybody else is good to go. ... That is healthy, I should say."

Is Kobe Bryant Destroying The Lakers?
Henry Abbott discusses how Lakers guard Kobe Bryant is destroying the franchise from within.