Seahawks prepare for worst, ready to move on without Kam Chancellor 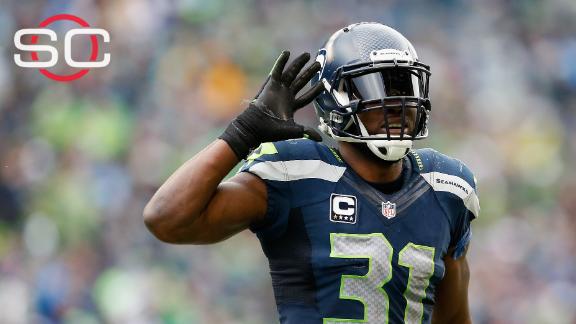 The Seattle Seahawks are preparing for the worst regarding Kam Chancellor's holdout, but they're ready to move on without the disgruntled Pro Bowl safety, members of the team told ESPN on Tuesday.

"I don't think we're going to have him at all this season," a player told ESPN. "They will just collect his salary until he folds."

Chancellor, who has three years remaining on a four-year deal after renegotiating before teammates Richard Sherman and Earl Thomas signed top-of-the-market deals, currently ranks 16th in salaries among players at his position.

Should he carry his holdout into the regular season, Chancellor would lose out on $267,647 for every game he misses.

"It's a lose-lose for him," a team source told ESPN.

Another team source told ESPN that the team is moving ahead with or without Chancellor. "From a football perspective, we are proceeding as if he won't be with us."

Said a teammate:"We will win without him, and it will hit him."

Coach Pete Carroll said Monday that the Seahawks have fielded trade inquiries about Chancellor and that Dion Bailey, an undrafted free agent in 2014, will start if Chancellor doesn't show up later this week.

"There have been a couple phone calls from other teams, people just kind of wondering what's going on," Carroll said. "We really are not interested in talking to them about that, so we don't."

Meanwhile, Thomas said that while he won't be fully recovered from shoulder surgery, he expects to play in the team's opener against the St. Louis Rams on Sunday. He has been limited in practices, did not participate in preseason games and hasn't hit or tackled heading into the season.

"I love the game so much," said Thomas, who underwent surgery for a torn labrum after the Super Bowl. "My teammates are important to me. And I know even if I'm not 100 [percent] out there, I still give us a great chance to have success by owning my role."