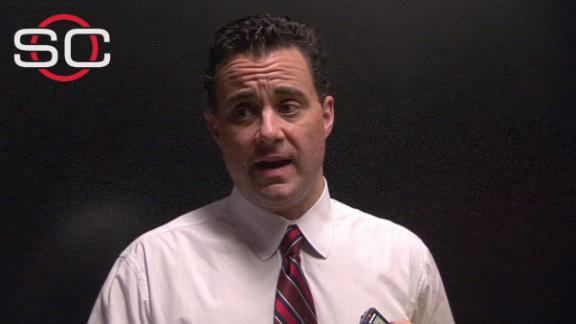 Arizonacoach Sean Miller, who has been vocal about the issue of court storming, had strong comments after another rush of fans following the No. 9 Wildcats' 75-72 loss at Colorado on Wednesday night.

"I have no problem being a great sport," Miller said after he saw opponents' fans storm the court for the 10th time in his team's past 11 road losses. "But eventually what's going to happen in the Pac-12 is this: An Arizona player is going to punch a fan, and they are going to punch the fan out of self-defense. And only when it happens will everyone take a deep breath and say, 'We have to do something to protect both teams.'"

Miller went on to say he feels Pac-12 officials aren't reacting because it seems Arizona is the only team that is constantly a victim of court storming, and he worries that will eventually lead to a bad situation.

"If 7-foot-2, 250-pound Kaleb Tarczewski gets bumped literally within three seconds of the game ending and he retaliates, what would be the response of our conference?" Miller said. "I'm going to be fine. Someone can say whatever they want to me, spit, do whatever you want. But I'm worried about the players that are under my direction.

"If we lose, at least let us get off the court so that our guys aren't potentially in a situation where a lawsuit could come. Because when that comes, then and only then will people pay attention."

Pac-12 commissioner Larry Scott was reportedly in attendance Wednesday and sitting close to the Colorado bench.

On Thursday, the Pac-12 issued this statement: "Court and field storming is something that has been of concern. The Conference and Commissioner (Larry Scott) have proposed rules with penalties to address this, but the universities have not supported such rules to date."

Earlier this week, Miller said he thinks schools should be fined $100,000 any time fans rush the court. Only the SEC fines schools for court-storming incidents, with a maximum of $50,000 for a third incident.

Miller's comments came less than a month after hemade headlines for ripping his players following a loss to Oregon. The Wildcats, then ranked 18th, went on a six-game winning streak before Wednesday night's loss.

"Sometimes you have to take your hat off to the opponent and say tonight they were the better team, and they were," Miller said Wednesday. "They were ready to play. They were the harder-playing, more physical team. We can't let one game ruin all that we have achieved." 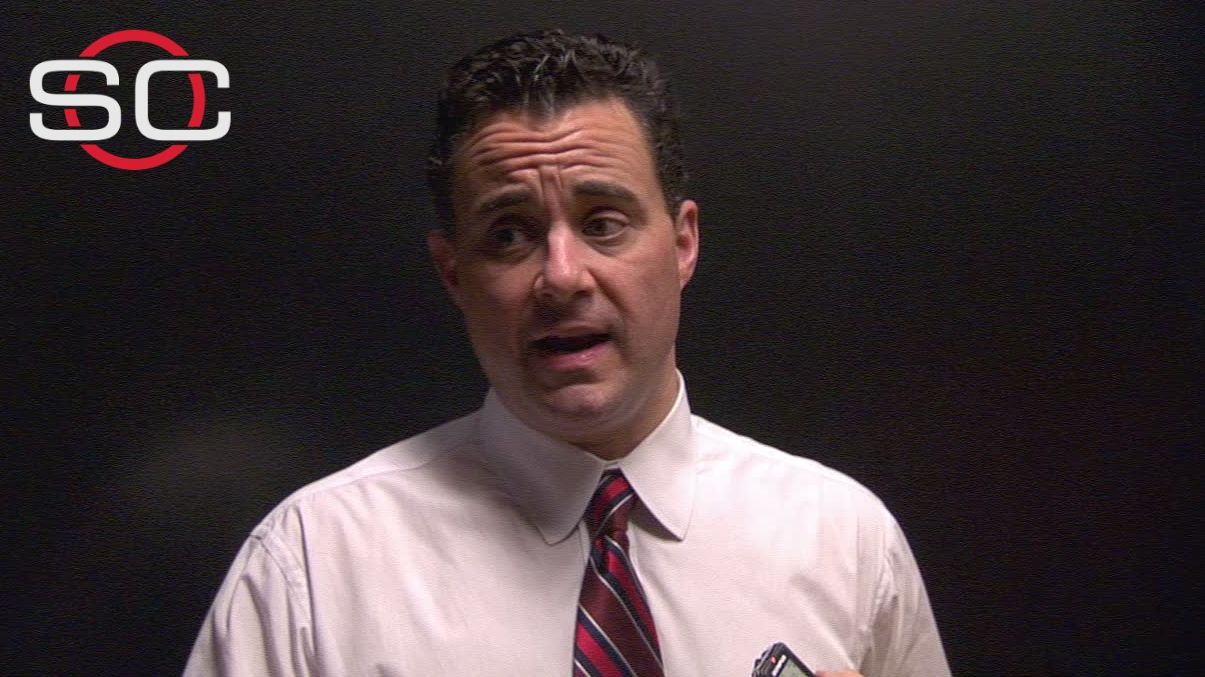