Seaus to opt out of concussion deal 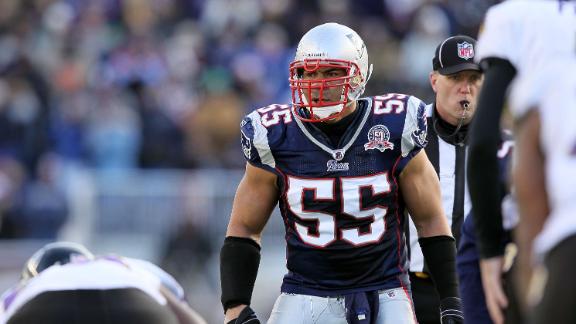 Relatives of former linebacker Junior Seau, whose suicide in 2012 put the NFL's concussion crisis on the national agenda, will reject a proposed settlement between the league and thousands of former players, a lawyer representing the family told "Outside the Lines" on Tuesday.

The decision to opt out means the Seaus will proceed with a wrongful death lawsuit they filed in January 2013. That suit alleges that the NFL concealed the dangers of football-related head trauma over a period of several years. After his death, Seau was diagnosed with chronic traumatic encephalopathy, or CTE, a neurodegenerative disease that has been found in dozens of deceased NFL players.

The announcement, coming on the eve of the 2014 season, is a serious blow to the NFL's efforts to put the concussion issue to rest. It raises the specter of continuing litigation that would pit the NFL against the family of one of its most popular players. Seau, a certain Hall of Famer, played 20 years in the NFL.

"The family want to know why this settlement seems designed for expediency for the NFL and to ensure that information doesn't come out," said Seau lawyer Steven Strauss, a partner in the firm Cooley LLP. "And the Seau family wants the truth to come out. Since this litigation started, there hasn't been one document produced, there hasn't been one deposition taken. It seems very clearly designed to nip this in the bud and not have the truth come out, and that's not acceptable to the Seau family, and it's not acceptable to Junior's legacy."

The settlement received preliminary approval from a federal judge in July. The deal calls for payments to former players who qualify under a complicated system that measures the level of neurocognitive impairment related to diseases such as ALS (Lou Gehrig's disease) and CTE. An initial $765 million deal was resubmitted after the judge raised questions about whether it provided enough money for the potentially large number of players who qualified. The total payout is now unlimited.

Strauss said the Seaus concluded that the deal does not address several concerns, including adequate compensation for the descendants of the former players. Seau's lawyers filed a previous motion objecting to the first proposed settlement, and Strauss said the revised deal did nothing to address those issues.

Strauss said Seau's family, including his four children, is "not suing for his pain and suffering. They're suing for their own. This settlement doesn't address that."

Under the proposed settlement, relatives of some players found to have CTE qualify for compensation up to $4 million.

Chris Seeger, an attorney who negotiated the settlement on behalf of the players, noted that those who opt out not only forfeit compensation and medical treatment provided by the deal but also face significant legal hurdles.

"If Mr. Strauss believes the $4 million his client is eligible for under the settlement is insufficient, he can choose to permanently forfeit these benefits and face all the significant risks associated with continued litigation," Seeger, a partner at Seeger Weiss LLP, said in a statement. "We would advise any class member against opting out of this agreement, considering the tremendous guaranteed benefits it provides."

An NFL spokesman did not respond to inquiries.

Seeger and other supporters of the settlement have argued that the deal was necessary in part because the case against the NFL is difficult to prove. The players, they noted, will have to show that the brain damage was caused by their years in the NFL even though the players participated in youth, high school and college football. They also will have to prove that the NFL suppressed the link between football and brain damage from players and fans even though that connection was discovered relatively recently.

Strauss repeated concerns that have been voiced by other attorneys, who argued that the negotiations that resulted in the deal lacked transparency. Many believe that the case never should have been treated as a class action because the players and their families have such disparate issues and injuries.

Strauss said he hoped other players might follow the Seau family's lead and opt out of the deal to force the two sides to negotiate a better deal.

"Ideally, our opt-out may cause others to consider that, and, in the ideal world, would cause the league and the plaintiffs [lead attorneys] to perhaps re-examine the settlement so they come up with something that addresses the claims of all those in the [lawsuit] and not just the few," Strauss said.

It is unclear how many other players, if any, have signaled their intent to oppose the deal. Strauss said the Seau family will formally notify an administrator of its intent to opt out before an Oct. 14 deadline. Players also have until that deadline to formally object to the deal. A large number of opt-outs could become a factor in the judge's decision to give final approval.

It's also not clear how -- and when -- Seau's case would be allowed to proceed back in California Superior Court in San Diego. It first needs to be remanded back to that court by Judge Anita Brody, who is overseeing the mass case, which conceivably could be held up for years in appeals.

"That's another problem; our case could be held hostage by the settlement," Strauss said. "We're opting out, but also want to proceed, want to be able to get on with the case."

Seau, who was 43, shot himself in the chest with a .357 Magnum revolver following years in which his family and friends noticed marked changes in his behavior. Previously a responsible and loving father, Seau lost control of his finances, gambled excessively and became disconnected from his relatives, including his children.

Shortly after his death, the NFL intervened in an unseemly battle among neuroscientists who wanted to study his brain. Members of the NFL's concussion committee helped direct the brain to the National Institutes of Health, where five separate neuroscientists found signs of the destructive neurofibrillary tangles that cause CTE.

Seau's case might pose a larger threat to the NFL than any other player suing the league. In addition to his name recognition and popularity, his medical record and clinical history are well-documented. In addition, his career coincided with an era in which the NFL's own research arm, created by former commissioner Paul Tagliabue, denied repeatedly in scientific articles and public statements that NFL players are susceptible to brain damage.

That committee, led by Tagliabue's personal physician, Elliot Pellman, who was also the New York Jets' team doctor, attacked neuroscientists who presented evidence suggesting that, in fact, the repeated head trauma related to football had led to significant brain damage in an alarming number of former players, including Hall of Fame Pittsburgh Steelers center Mike Webster and Chicago Bears defensive back Dave Duerson.

Duerson's relatives also sued the NFL. They have not yet indicated whether they intend to opt out of the deal.

Duerson's lawyers also have complained about the unwillingness of the NFL and lead counsel for the players to share information about how the settlement was reached and how the grid designating payoffs for various cognitive issues was crafted. In response to motions by entities such as ESPN, Bloomberg and several players, the league and the lead counsel for the plaintiffs signaled this week that they will produce the documents if the judge orders them to do so.

"We'd like all the info, we can't determine how the grid was even determined," Strauss said. "How did they come up with the grid amounts? We'd like to know the foundational basis that was presented to ... the court for approval. There has been a real sound of secrecy around these settlement discussions and the whole process."