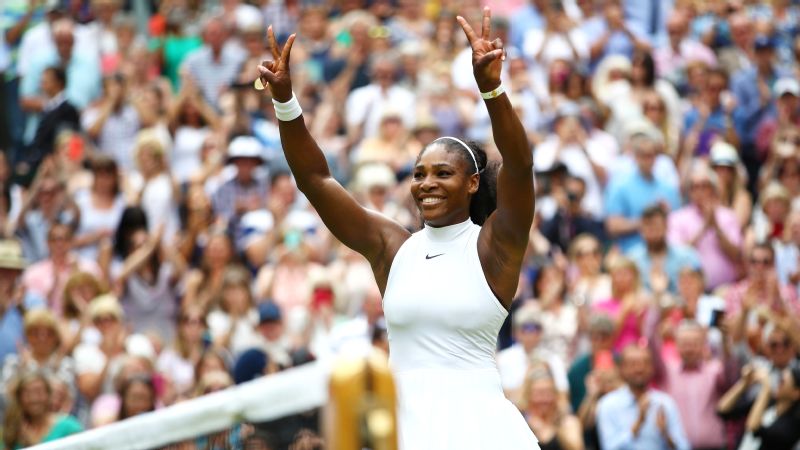 Spokespeople for both Williams and Ohanian confirmed the news Thursday. The 33-year-old Ohanian popped the question while the two were vacationing in Rome.

The 35-year-old Williams, who over the summer won Wimbledon for the seventh time to tie Steffi Graf's record of 22 Grand Slam titles, had announced her engagement to Ohanian earlier Thursday on her verified account on Reddit, the user-generated news website he co-founded in 2005 with college roommate Steve Huffman.

"I came home. A little late. Someone had a bag packed for me. And a carriage waited. Destination: Rome," Williams wrote.

"To escort me to my very own 'charming.' Back to where our stars first collided. And now it was full circle. At the same table we first met by chance.

The 33-year-old Ohanian shared the announcement in a Facebook post, saying, "She said yes," and later adding: "And you made me the happiest man on the planet."

No wedding date was announced.

The couple reportedly has been dating since 2015. While their relationship hasn't been as high profile as others involving Williams in the past, including to Drake and Common, she did share an Instagram photo of her and Ohanian last month.