KGO
1 / 6
Former San Francisco Giants player Barry Bonds applauds during a ceremony to retire his jersey number in San Francisco on Aug. 11, 2018.
AP Photo/Jeff Chiu, Pool
SAN FRANCISCO (KGO) -- In the stands, on the field and even in McCovey Cove, everywhere you looked in AT&T Park on Saturday night, you couldn't miss the number 25.

"Number 25 has meant a lot to me throughout my career, and is even more special that I got to share that number with my dad," Giants legend Barry Bonds said during the ceremony.

RELATED: Looking back at Barry Bonds' stellar and controversial career as the Giants retire his number

Bonds shared 25 with his father, Giants star Bobby Bonds. But after today no Giant will ever wear it again.

Bochy said he saw "some things that made him a great player, how he went about his business."

"Of course, what he did on the field, the home runs, I saw it enough from the opposing side, so it was good to have him on my side," Bochy added. "I enjoyed my year with him."

Those allegations didn't keep fans away from the celebration.

And members of Giants baseball royalty were also on hand, including, arguably the greatest ballplayer ever, Willie Mays. 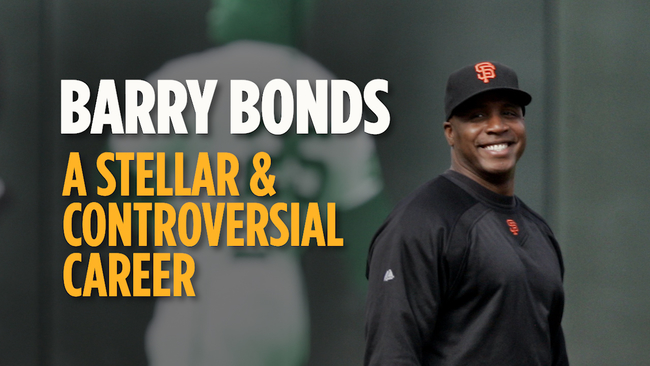