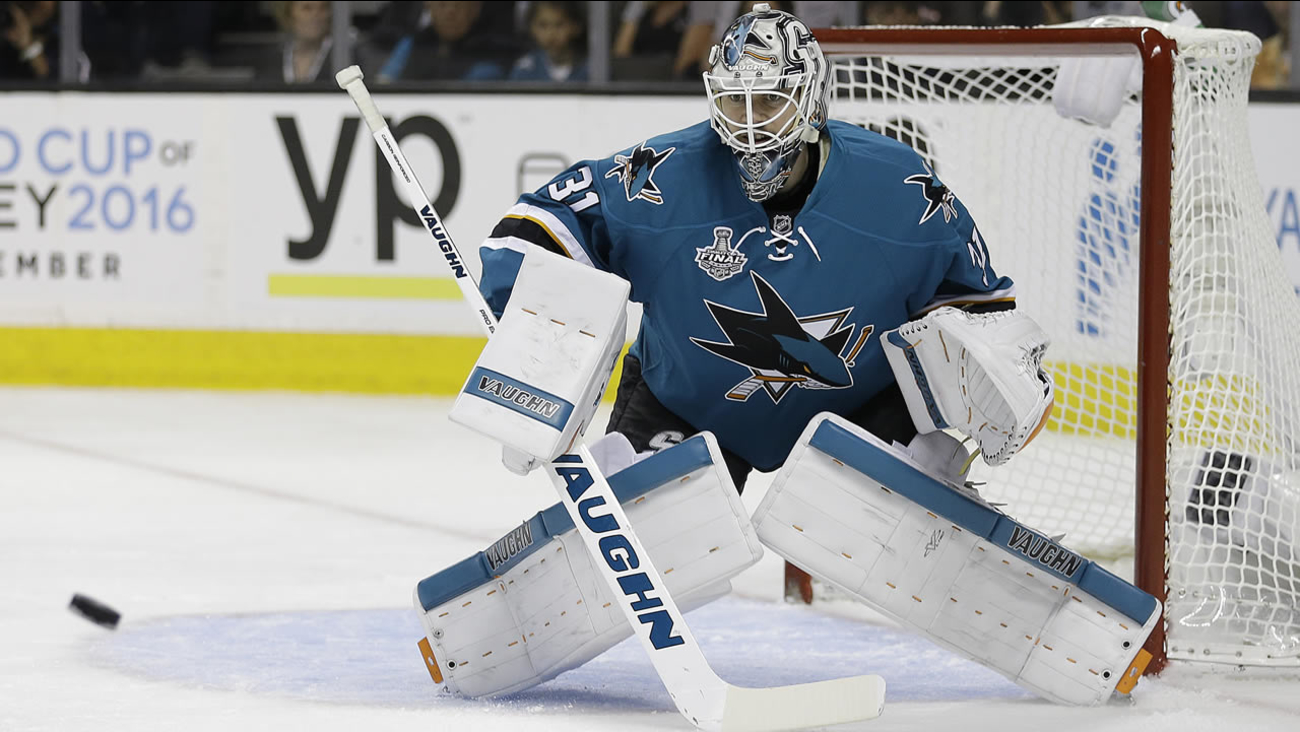 SAN JOSE, Calif. -- The task facing the San Jose Sharks is daunting: No team in nearly three quarters of a century has rallied from a 3-1 deficit to win the Stanley Cup Final.

Before the Sharks can start figuring out how to accomplish that ultimate goal, they will need to take much smaller steps, starting with just getting a lead at any point in a game.

Through four games, the Sharks have yet to play with the lead. They allowed the first goal all four times and got their only win in Game 3 in an overtime game they never led until Joonas Donskoi's game-winner.

"We've got to find a way to stick one of those in early and put them in the spot where they're chasing the game a little bit, which we haven't done yet," coach Peter DeBoer said Tuesday.

Doing that would be a good start to what would be an improbable comeback if the Sharks could pull it off. Of the 32 team that have fallen behind 3-1 in the Stanley Cup Final since it became a best-of-seven series in 1939, 31 have ultimately lost the series. The only winner in that span came in 1942, when Toronto actually rallied from 3-0 down to beat Detroit.

DeBoer has been in a tough spot in the final before. In 2012 with New Jersey, his team lost the first three games to Los Angeles before rallying for two wins and ultimately losing in six games.

"Everyone was writing us off," he said. "We took the approach of, 'Why not us?' I don't care what the record book says, that only one or two teams have come back from this situation, whatever those numbers are. Why can't we be the first team to do it? It starts with one game. I think that's the approach we're going to take."

The formula that got San Jose to its first Cup final has been missing. The Sharks jumped on teams early for most of the first three rounds and then wore them down with their forechecking and cycle game. The power play was potent, providing timely goals throughout and the Sharks managed to knock off Los Angeles, Nashville and St. Louis on the way to the final.

But little has worked against the Penguins, who have used their decided edge in speed to control play for most of the four games, often keeping the Sharks hemmed in their own zone.

"I thought every game we've created a little bit more chances to score," DeBoer said. "I think our big guys have gotten more shots off and more looks as the series has gone on. We're doing some good stuff. But you can't change the fact that we've played behind the entire series. That's something that we have to get fixed."

San Jose has trailed for 121:44 of the series, about 25 minutes less than they trailed over 18 games in the first round when the Sharks scored first in 13 games and forced the opponent to chase the game.

The Penguins haven't played from behind in what seems like ages. They have gone 435:46 of game time without playing with a deficit since losing Game 4 to Tampa Bay in the Eastern Conference final. Pittsburgh's only two losses since came in overtime games where they didn't trail until the final goal.

"We're doing our best to score first and get a lead. It hasn't happened yet," Couture said. "I don't know how it would change their game. I imagine they would keep playing the same way. When we have the lead, we play good defense and keep it simple."